Turkish – A Dictionary of Delights 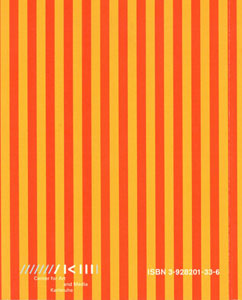 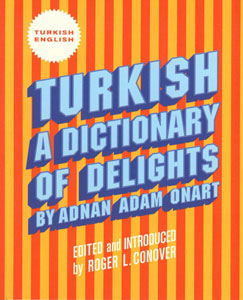 order
wishlist
Turkish: A Dictionary of Delights is a sui generis work and lexical tour de force which uses the dictionary genre to inject polemic into certain forbidden discourses that are currently suppressed both within and around the subjects of Turkish language, politics, sexuality and history, making the book extremely timely in light of contemporary debates around the question of Turkey's entry into the EU. It also introduces the Turkish universe in all its intimacy from the perspective of a personal "Wirkungsgeschichte". The “definitions” are presented with a sense of wit and political incorrectness that one doesn't usually associate with sacred Ottoman subjects such as the hamman and revered political icons such as Ataturk. This explains why initial shipments of the book sent to Istanbul were refused by postal authorities, ironically contributing to the cult status the book quickly acquired in artistic circles of Istanbul, where the book can only be purchased “under the counter” at certain galleries. The authorship and origin of "Turkish: A Dictionary of Delights" are a subject of considerable speculation. There is some question as to whether the dictionary's putative author, Adnan Onart, even exists. The editor is Roger Conover, the well-known art publisher and secret author of a number of books which have been appearing over the years in such hidden contexts and limited print runs that they exist almost more as rumours than publications.
order wishlist
Edited and introduced by Roger L. Conover.
published in 2005
English edition
11,5 x 14 cm
92 pages (b/w ill. ; orange pages)
10.00 €
ISBN : 978-3-905701-44-9
EAN : 9783905701449
in stock 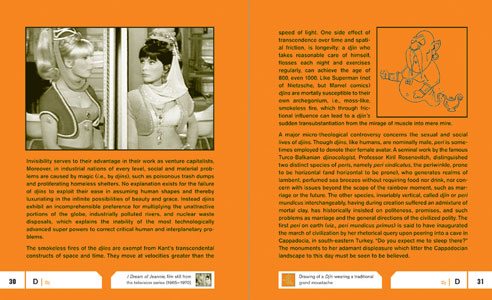 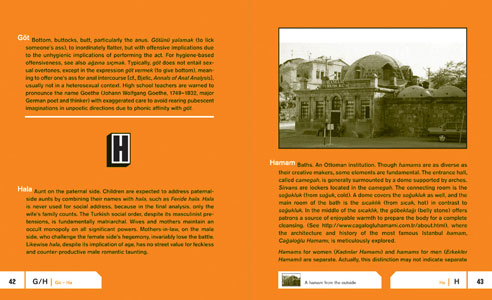 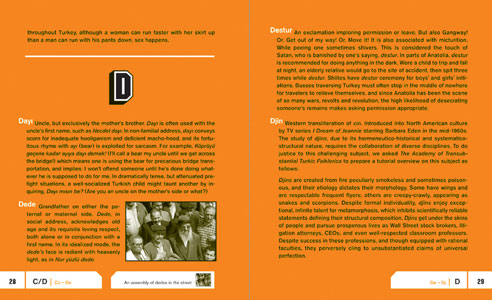