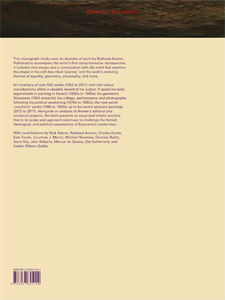 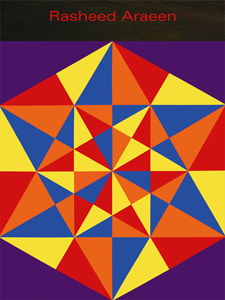 order
wishlist
First comprehensive monograph dedicated to minimalist pioneer and postcolonial artist Rasheed Araeen. The publication gives an overview of 60 years of career, encompassing Araeen's visual art, writing, editing, and curatorial work. It includes scholarly essays, surveys, and documentation spanning every aspects of the artist's oeuvre, from his early works to his political engagement to today's ongoing Homecoming series.
Spanning 60 years, this publication encompasses Rasheed Araeen's art, editing, and curating activities for the first time, presenting an expanded artistic practice that has had a profound influence on generations of artists, writers, and thinkers. Bringing together newly commissioned essays by leading art critics and historians, documentation from the artist's archive as well as an extensive survey of Araeen's work, this publication, on a figure whose contribution as an artist and thinker has consistently been overlooked, is both timely and necessary.
As a pioneer of minimalist sculpture, a searing advocate of postcolonial and decolonial positions as put forward in the magazine Black Phoenix (co-founded by Araeen in 1978–1979) and later in Third Text (founded by Araeen in 1987), as curator of the landmark exhibition “The Other Story” (Hayward Gallery, London 1989), or through his recent abstract paintings that draw from the Abbasid period—the golden age of Arab/Muslim civilization, c. 800–1200—Araeen has consistently sought to realign our understanding of modernism imposed by the hegemonic discourses of the West, especially in its concepts, chronology, and form. Dedicated to the key periods of his work, the scholarly essays explore the Karachi paintings, minimalism and conceptualism, the political “turn” of the 1970s and early 1980s, the panel grid works of the 1980s and 1990s, and recent paintings, including the Homecoming series (2010–ongoing), as well as Araeen's writing, editing, and curatorial work.
Born in 1935 in Karachi, Rasheed Araeen has been based in London since 1964. He has recently participated in the 57th Venice Biennale and in documenta 14 (Athens/Kassel).
This publication accompanies Rasheed Araeen retrospective at the Van Abbemuseum in Eindhoven, which is also touring at MAMCO, Geneva; BALTIC Centre for Contemporary Art, Gateshead; and Garage Museum of Modern Art, Moscow. It includes essays by Charles Esche, Kate Fowle, Courtney J. Martin, Michael Newman, Kaelen Wilson-Goldie, Dominic Rahtz, Gene Ray, Marcus du Sautoy, and Zoë Sutherland; as well as an interview with the artist.
Published on the occasion of Rasheed Araeen retrospective at the Van Abbemuseum in Eindhoven from December 12, 2017, to April 8, 2018.
Rasheed Araeen (born 1935 in Karachi, Pakistan, lives and works in London) is an artist, activist, writer, editor and curator. In 1964, he moved to the United Kingdom from Pakistan, where he had initially trained as a civil engineer. Araeen is recognized as the father of minimalist sculpture in 1960s Britain. His work in performance, photography, painting, and sculpture throughout the 1970s to 1990s challenged Eurocentricsm within the British art establishment and championed the role of minority artists, especially those of Asia, African and Caribbean descent. In addition to his artistic practice, he took on activist roles with organisations such as the Black Panthers and Artists for Democracy, and founded the critical journals Black Phoenix, Third Text and Third Text Asia. Araeen organised the seminal 1989 exhibition, “The Other Story: Afro-Asian Artists in Post-War Britain”, which was held at Southbank Centre, London. Author of numerous essays and journals, he has written Art Beyond Art: Ecoaesthetics—A Manifesto for the 21st Century (Third Text Publications, London, 2010) and the autobiographical Making Myself Visible (Kala Press, London, 1984).
order wishlist
Edited by Nick Aikens.
Texts by Rasheed Araeen, Marcus du Sautoy, Charles Esche, Kate Fowle, Courtney Martin, Michael Newman, Dominic Rahtz, Gene Ray, Zoe Sutherland, Kaelen Wilson-Goldie, interview with Rasheed Araeen by Nick Aikens.
published in January 2018
English edition
20 x 27 cm (softcover)
320 pages (200 color ill.)
39.00 €
ISBN : 978-3-03764-515-4
EAN : 9783037645154
in stock 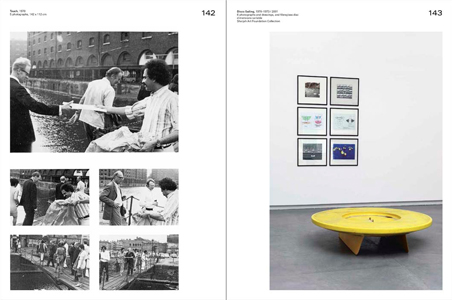 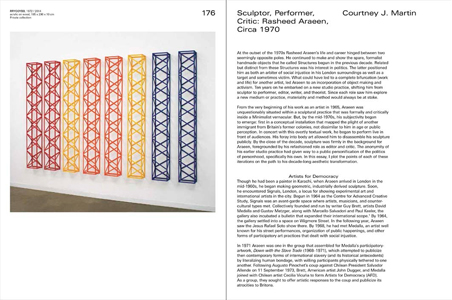 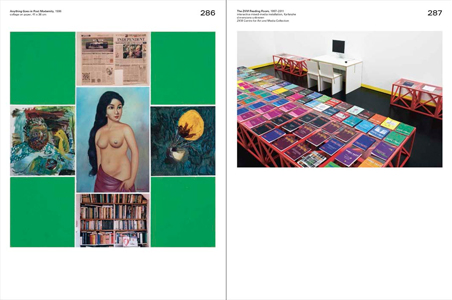 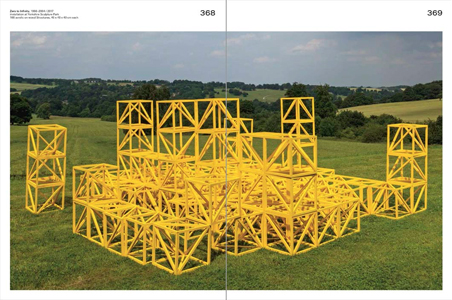