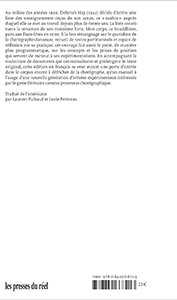 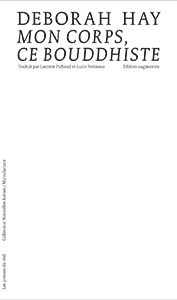 order
wishlist
New expanded edition of a major text by the American choreographer-dancer.
Deborah Hay was born in 1941 in Brooklyn. Her mother was her first dance teacher, and directed her training until she was a teenager. She moved to Manhattan in the 1960s, where she continued her training with Merce Cunningham and Mia Slavenska. In 1964, Hay danced with the Cunningham Dance Company during a 6-month tour through Europe and Asia.
In 1970 she left New York to live in a community in northern Vermont. Soon, she distanced herself from the performing arena, producing Ten Circle Dances, performed on 10 consecutive nights within a single community and no audience whatsoever.
In 1976 Hay left Vermont and moved to Austin, Texas. Her attention focused on a set of practices (“playing awake”) that engaged the performer on several levels of consciousness at once. While developing her concepts she instituted a yearly four-month group workshop that culminated in large group public performances and from these group pieces she distilled her solo dances.
In the late 1990's Deborah Hay focused almost exclusively on rarified and enigmatic solo dances based on her new experimental choreographic method, such as The Man Who Grew Common in Wisdom, Voilà, The Other Side of O, Fire, Boom Boom Boom, Music, Beauty, The Ridge, Room, performing them around the world and passing them on to noted performers in the US, Europe, and Australia.
Hay conducted 14 annual Solo Performance Commissioning Projects from 1998 through 2012, first on Whidbey Island in Washington state and then at the Findhorn Community Foundation in Findhorn, Scotland. A film about this groundbreaking experiment, Turn Your F *king Head, was made by Becky Edmunds in 2012.
In 2002 Hay made a decision to apply what she had learned from 30 years of working with mostly untrained dancers to choreographing dances for experienced dancer/choreographers. In 2004 she received a NYC Bessie award for her quartet The Match. In 2006 she choreographed “O, O” for 5 New York City choreographer/dancers and then for 7 French dancers of comparable experience. The Festival d'Automne, in Paris, presented The Match in 2005, “O, O” in 2006, and If I Sing To You, in 2008, which was commissioned by The Forsythe Company and which toured extensively in Europe and Australia.
In 2009 The Toronto Dance Theatre premiered her work, Up Until Now, and in 2010 Lightening premiered at the Helsinki Festival, a dance for 6 Finnish dancers/choreographers.
In April 2012, Deborah Hay became one of the 21 American performing artists to receive the inaugural and groundbreaking 2012 Doris Duke Artist Award. After a two year research collaboration with Motion Bank, a project of the Forsythe Company directed by Scott delaHunta, an online interactive website dedicated to Hay's choreographic aesthetics was launched in June 2013 (http://scores.motionbank.org/dh/).
Hay, in collaboration with Laurie Anderson and lighting designer Minna Tikkainen created an evening length work Figure a Sea, for 21 dancers and commissioned by the Cullberg Ballet in Stockholm, Sweden. It premiered September 24, 2015. In May 5, 2015, France's Minister of Culture and Communication awarded Hay the title of chevalier de l'Ordre des Arts et des Lettres.
order wishlist
Preface by Susan Leigh Foster.
Postface by Yvane Chapuis.
Conversation between Deborah Hay and Meg McHutchison.
Translated from the English (American) by Laurent Pichaud and Lucie Perineau. Original title: My Body, the Buddhist (2000, Wesleyan University Press). 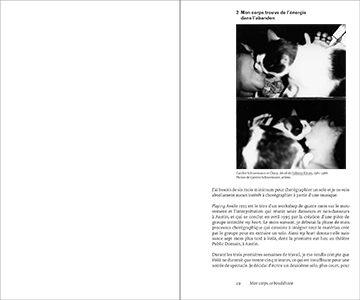 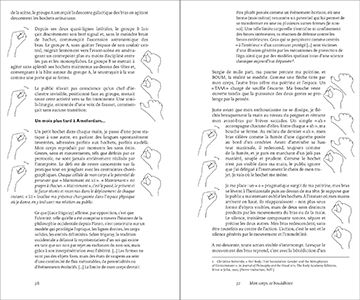 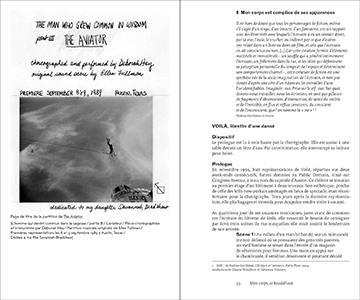 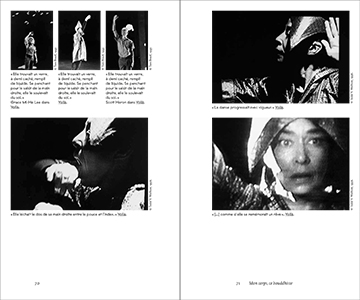 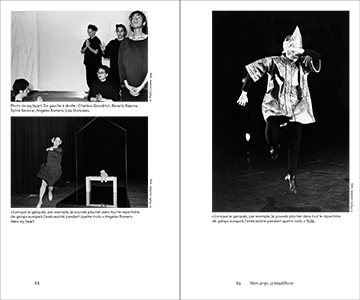 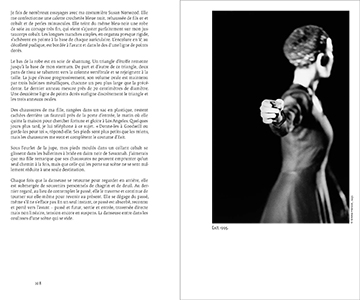 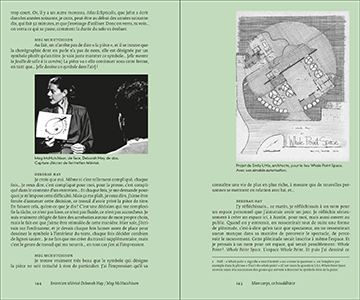 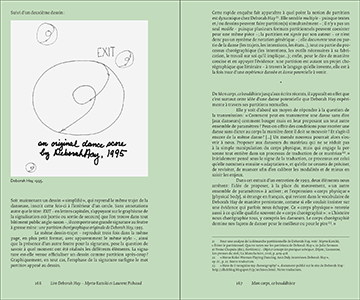