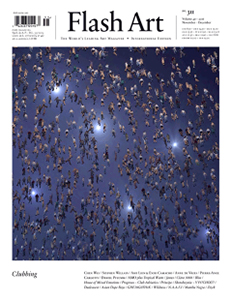 order
wishlist
This issue explores the interfaces between clubs, clubbing culture and creative communities.
The issue is built on two mirroring trajectories. The first addresses club nights, which since the early 2000s have served as backdrops for some of the world's most vibrant urban scenes: Asian Dope Boys in Beijing and Shanghai (by Milia Xin Bi); Bliss in Vienna (by Natalie Brunner); Clara 3000 in Paris (by Daniele Balice); Dudesweet in Bangkok (by Onsiri Pravattiyagul); GHE20G0TH1K in New York (by Alex Frank); House of Mixed Emotions in Zurich (by Daniel Horn); Janus in Berlin (by Tess Edmonson); Mamba Negra in São Paulo (by Vinicius Duarte and Germano Dushá); N.A.A.F.I in Mexico City (by José Esparza Chong Cuy); Príncipe in Lisbon (by Margarida Mendes); Progresso in Milan and Club Adriatico in Ravenna (by Michele D'Aurizio); Skotoboynia and VV17CHOU7 in Moscow (by Felix Sandalov); Tropical Waste in London (by Steph Kretowicz); and Wildness in Los Angeles (by John Tain). A nexus for new understandings of the collective, these parties are signifiers not only for new sonic endeavors, but also for new dance-floor configurations, new dance moves, even new personifications of the “clubber.”
Our second trajectory examines artists who have considered clubbing culture through their own practices. Pierre-Ange Carlotti, Chen Wei, Anne de Vries, Amy Lien & Enzo Camacho, Daniel Pflumm and Stephen Willats have been invited to share how they process and interpret the social ritual of clubbing.
For the issue's “Data” we have linked up with the research studio AMO. Ippolito Pestellini Laparelli introduces a special project that digs into the status of contemporary nightlife and its spatial implications. In line with these questions, for the issue's “Macro,” Martti Kalliala invites us to consider clubs as built spaces with layered temporalities, designed not as ephemeral interiors but rather reconciling the incommensurate timescales of a building that might last several centuries and an individual club with a limited lifespan.
While the 1990s are still regarded as the era of high clubbing, this issue affirms the many social and cultural innovations that clubs have nurtured for millennials, reminding each of us to never stop dancing.
Flash Art is an international quarterly magazine and publishing platform dedicated to thinking about contemporary art, exploring the evolving cultural landscape through the work of leading artists, writers, curators and others. One of Europe's oldest art magazines, Flash Art was founded in Rome in 1967, before relocating to Milan in 1971, and was originally bilingual, published in both Italian and English. In 1978 two separate editions were launched: Flash Art International and Flash Art Italia. Today the magazine remains one of the most recognizable and widely read publications of its kind, and is distributed in 87 countries.
order wishlist
published in November 2016
English edition
22,5 x 29 cm (softcover)
132 pages (color & b/w ill.)
14.50 €
in stock
table of contents 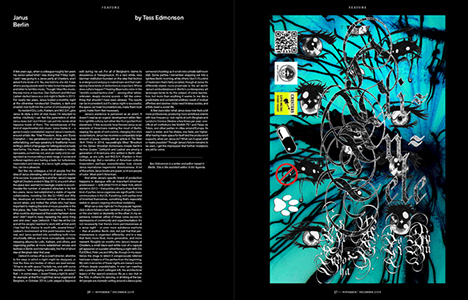 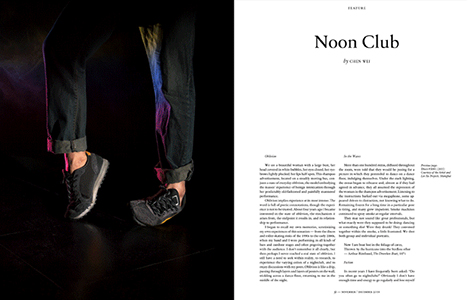 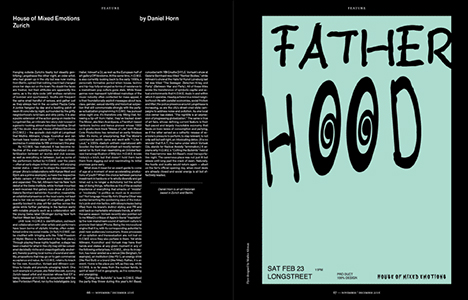 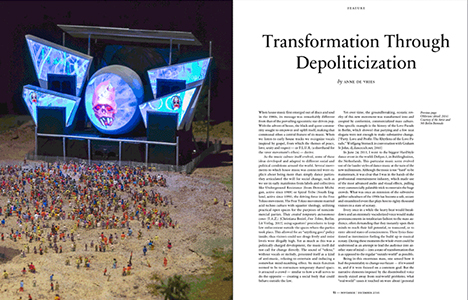 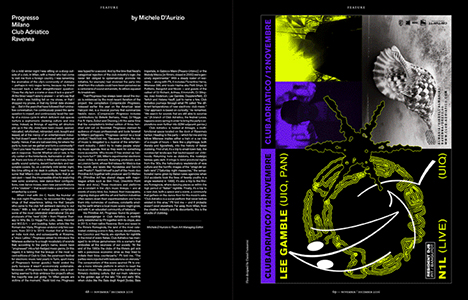