Book of Air [see all titles] 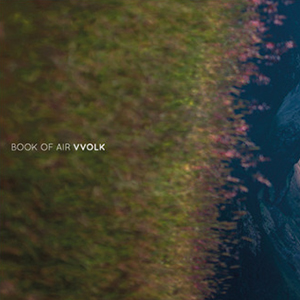 order
Second in the Book of Air series, this recording is performed by vvolk, a group of 18 improvisers who explore the relation between time and motion: How is the perception of sound influenced by time? How do we relate to time in music as improvising performing musicians?
Inspired by the slow tempo and invisible motion of nature; how the seasons pace without sudden turns, slow and gentle. Seemingly still, yet always in motion. Book of Air is a series of bundled compositions. This is the second chapter performed by vvolk. Opposed to the first quintet release Book of Air – Fieldtone, the music out of the vvolk series is played by a group of 18 improvisers with roots in jazz and classical music. The group investigates performing and improvising music, in close relation to present time; what are the possibilities in playing music, when changes in this music pass by unnoticed? How do we as musicians relate to the running time of a performance? How does our hearing and memory react to these slow changes? As a result vvolk let's you experience music which is less perceived in the present time, but rather occurs in our memory of the past. This clearly challenges the improvising musicians, and makes audience and performers discover new territories in collective improvisation.
With Stijn Cools (drums), Indre Jurgeleviciute (kankles), Benjamin Sauzereau  (electric guitar), Bert Cools (electric guitar), Nathan Wouters (double bass), Laurens Smet (double bass), Hendrik Vanattenhoven (double bass), Ruben Matchelinckx (electric guitar), Fruz Tontelling (harmonium), Wout Gooris (Rhodes), Niels Van Heertum (euphonium), Thomas Jillings (tenor saxophone), Viktor Perdieus (tenor saxophone), Erik Bogaerts (alto saxophone), Frans Van Isacker (alto saxophone), Mathieu Robert (soprano saxophone), Stefan Bracaval (flute), Sep Francois (drums and melodic percussion).

Also available on CD.
Stijn Cools plays drums and composes in a wide range of styles, preferably linked to improvised music. He works as a sound designer/electronic musician, and he plays the drums as well as many eastern percussion instruments. Experimenting with rhythm and sound, and the interest in clear artistic concepts are great sources for his artistic development. His diploma in architecture and scenography makes an important contribution to his thinking and developments in the musical field. Recently Stijn also started to dedicate himself to audio production (recording/mixing/mastering). In 2009 he won the “Gent Jazz talent prize”, in 2010 the “Toots Thielemans Jazz Award” at the Royal Conservatory of Brussels. In the Summer of 2016, he won another Gent Jazz prize with the band Hoera, on behalf of the Gent Jazz Festival. Together with his brother Bert Cools, Stijn founded the art platform and art production house Granvat on www.granvat.com. With Granvat they created a house for their projects and collaborations with fellow artists. It also contains work by internationally respected artists: Hariprasad Chaurasia, Solo Sissoko, Eyvind Kang. Stijn Cools is the composer and co-founder of the Book of Airseries.