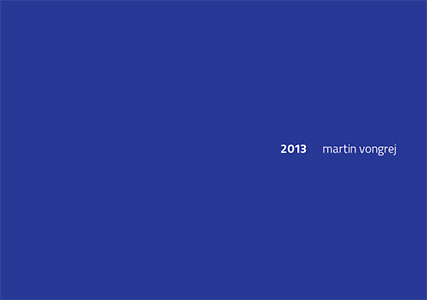 order
The works of Martin Vongrej integrate lights, reflection, transparency, geometric forms and esoteric patterns. 2013 is his first monograph.
Martin Vongrej (born 1986 in Bratislava, Slovakia) completed studies in the IN studio of the University of Fine Arts, Bratislava in 2012. In 2010 he had taken part in the Manifesta 8 exhibition, thanks to which he made a name outside his homeland. His work is based on a given quality to artworks which rise from equality between spectator and artwork, between thought space and visible space.
order
Edited by amt_project.