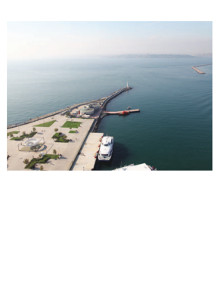 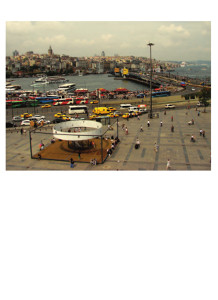 order
This 3.5 meters-wide artist's book documents and extends a multifaceted installation by artist Andreas Fogarasi—at once a panoramic view of Istanbul, a public platform, a dysfunctional look-out and a touristic attraction.
A panorama of the city, a public platform, a dysfunctional lookout, blocking the actual view but confronting the viewer with textual observations of the city and the condition of the view in Istanbul, Panorama (The Right of View) was a traveling attraction and an architectonic sculpture. After standing in Kadiköy, on the Asian shore from October-December 2010, looking across the Bosporus onto the city, it was moved to Eminönü for the spring of 2011, into the middle of the city, on the shore of the Golden Horn, next to the Galata bridge, the Spice Bazaar and the New Mosque.
After studying architecture, Andreas Fogarasi (born 1977 in Vienna, where he lives and works) decided to further his studies at the Fine Art School in Vienna fallowing a residency at the Pavillon, Palais de Tokyo during 2002-2003. He participated at Manifesta in Frankfurt in 2002, then went on to win the Golden Lion award at the Venice Biennale in 2007 for the best National Representation with his project “Kultur und Freizeit” in the Hungarian Pavillon.
Preoccupied by representations of place, power and identity in public space, Andreas Fogarasi's work comments the dissimulated way by which the State defines and regulates behaviour within its borders. Through his work, Andreas Fogarasi observes the city and its codes of representation, modernism and politics of the masses.
order
Edited by amt_project.
published in August 2013
bilingual edition (English / Turkish)
leporello,14,5 x 20,5 cm (folded), 355 x 20,5 cm (unfolded)
color ill.
12.00 €
ISBN : 978-80-971130-7-0
EAN : 9788097113070
in stock 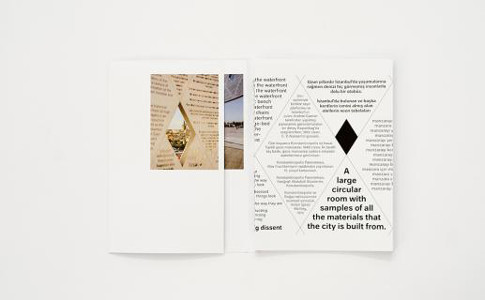 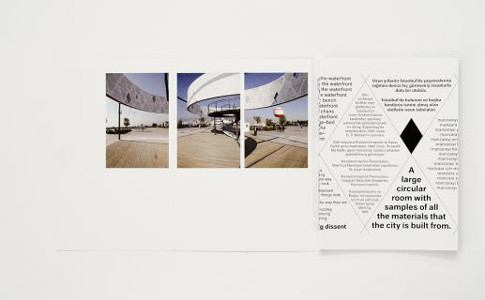 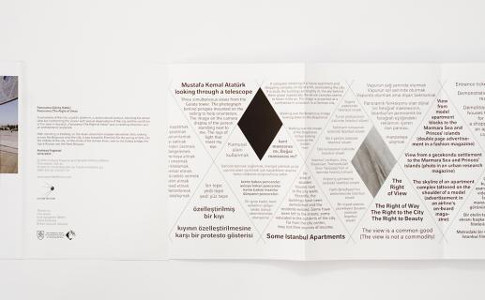 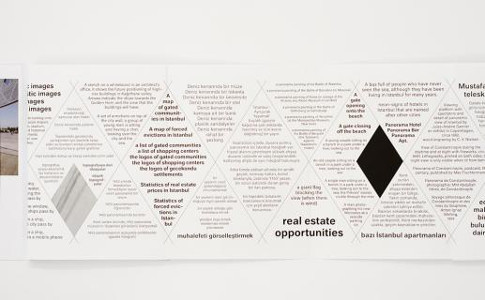