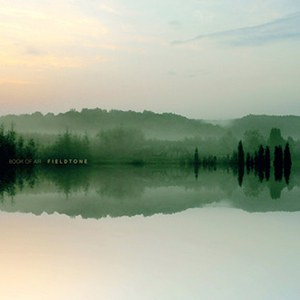 order
wishlist
Book of Air is a series of bundled compositions exploring the parameters of sound and time. Their first reseale Fieldtone is a beautiful “acoustic ambient” / dark jazz four-tracks recording inspired by the musicality and silence of nature.
The sound to be found in nature can have a very slow groove. A groove embedded by silence, and so slow it can almost only be felt while spending a few hours in the nature at sea, during a forest trip, in open fields, etc. It is this groove and the “silence” of nature that was an inspiration for the Fieldtone compositions.
Fieldtone refers to “Roomtone” which is the “silence” recorded at a location or space when no music is played or dialogue spoken. Every room is different, and these recordings always carry their unique character. The compositions of Fieldtone are inspired by the tempo and sonic textures of specific nature locations can have. By embedding the sound to be found in nature, this silent slowness into the compositions, the details of the sounds played become much more prominent. In this way the silence itself, amplifies the sounds that are played, and will also amplify the room surrounding the listener.
The music is performed by an ensemble of string instruments (Kankles, Acoustic guitar, Electric Guitar, Double Bass) supplemented with drums, starring Stijn Cools, Indre Jurgeleviciute, Benjamin Sauzereau, Bert Cools, Nathan Wouters.
Stijn Cools plays drums and composes in a wide range of styles, preferably linked to improvised music. He works as a sound designer/electronic musician, and he plays the drums as well as many eastern percussion instruments. Experimenting with rhythm and sound, and the interest in clear artistic concepts are great sources for his artistic development. His diploma in architecture and scenography makes an important contribution to his thinking and developments in the musical field. Recently Stijn also started to dedicate himself to audio production (recording/mixing/mastering). In 2009 he won the “Gent Jazz talent prize”, in 2010 the “Toots Thielemans Jazz Award” at the Royal Conservatory of Brussels. In the Summer of 2016, he won another Gent Jazz prize with the band Hoera, on behalf of the Gent Jazz Festival. Together with his brother Bert Cools, Stijn founded the art platform and art production house Granvat on www.granvat.com. With Granvat they created a house for their projects and collaborations with fellow artists. It also contains work by internationally respected artists: Hariprasad Chaurasia, Solo Sissoko, Eyvind Kang. Stijn Cools is the composer and co-founder of the Book of Airseries.