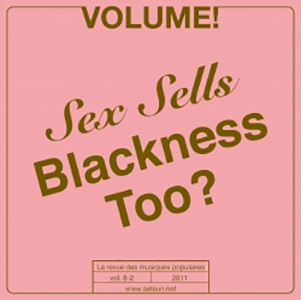 order
What role do the representations of the Other, the body, women and race play in highly publicized cultural productions?
Since the 1990s, Black popular cultures have been enjoying an unprecedented artistic and commercial recognition. With various examples, from hip-hop to dancehall, Mariah Carey to Missy Elliott, this new issue of Volume! intends to make its contribution to the current constitution of cultural studies “à la française.”
Volume! The French journal of popular music studies is the only peer-reviewed academic journal dedicated to the study of contemporary popular music. It is published biannually by the Editions Mélanie Seteun, a publishing association specialized in popular music. The journal is in French with some non-translated articles in English.
Volume! was established in 2002 under the title Copyright Volume! by Gérôme Guibert, Marie-Pierre Bonniol and Samuel Etienne, and obtained its current name in 2008.
order
Issue edited by Malek Bouyahia, Franck Freitas, Karima Ramdani.
published in 2012
texts in English and French
21 x 21 cm (softcover)
304 pages (b/w ill.)
19.00 €
ISBN : 978-2-913169-30-2
EAN : 9782913169302
in stock
table of contents