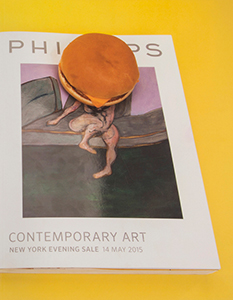 order
wishlist
Artist Marc Horowitz has photographed each page of an art catalogue by Phillips, the famous auction house in New York, having placed on the pages the residues of junk food: an irreverent work staging the encounter between art and consumption (artist's book).
This artist's book maintains the title, number of pages and orientation of the Phillips catalogue, and its cover, back and coast also coincide with the original. The yellow background on which the catalogue is posed creates a distance, even in time, between the action of the artist (put food on the catalogue and shoot a photograph) and the reader's perception of the differing levels in the artwork.
The gap between representation and the real object is made even more evident in the photographic reproduction of the artist's book (created for the NERO online catalogue) where the embossed cheeseburger on the cover leads the reader to wonder on which level of representation the real sandwich is actually placed.
With a prescient instinct for the untapped cultural potential of populist mediums, notably Internet culture, commercial advertising and the entertainment industry, Horowitz looks to establish a social connection and reciprocity between viewer and artist. As in the book, the artist's sculptures and paintings on view at Depart Foundation are playfully corrupted with the inclusion of junky everyday objects and images.
Published on the occasion of Marc Horowitz's solo exhibition “Interior, Day (A Door Opens)” at Depart Foundation, Los Angeles, from October 8, 2015 to January 30, 2016.
Marc Horowitz (born 1976 in Westerville, Ohio) is a Los Angeles-based artist working in photography, painting, performance, video, sculpture and social practice. Horowitz holds a master's degree in art from the University of Southern California, and bachelor's degrees in art and marketing from San Francisco Art Institute, and Indiana University Kelley School of Business. In a practice that combines traditional drawing, commercial photography, and new media, Horowitz turns American culture on its head to explore the idiosyncrasies of entertainment, class, commerce, failure, success, and personal meaning. Using visual puns, large-scale participatory projects, and viral social pranks, Horowitz creates environments of high energy that lift the most mundane to the status of grand event in complex interplays between subject, viewer, and participant. Horowitz has exhibited both nationally and internationally; notable solo exhibitions include: “Moving”, Aran Cravey, Los Angeles (2013), “The Advice of Strangers”, funded by Creative Time, curated by Nato Thompson, web-based (2011), “The Me & You Show”, The Hayward Gallery, London, UK (2007), “The Center for Improved Living”, Galerie Analix Forever, Geneva, CH (2007), “More Better”, AMT Gallery, Lake Como IT (2007), “TCFIL”, Galerie Nuke, Paris FR (2007). His work has been featured extensively on local and national television including ABC News, NPR Weekend Edition, CBS Inside Edition CBS, CNN American Morning, and on NBC's The Today Show. He has taught at the University of Southern California and lectured at The Hammer Museum in Los Angeles, California Institute of the Arts, Stanford University, and Yale University. Horowitz teaches a course in new media art at Otis College with his partner, Petra Cortright.
order wishlist
published in December 2015
English edition
24 x 31 cm (softcover)
338 pages (color ill.)
30.00 €
ISBN : 978-88-97503-66-8
EAN : 9788897503668
in stock 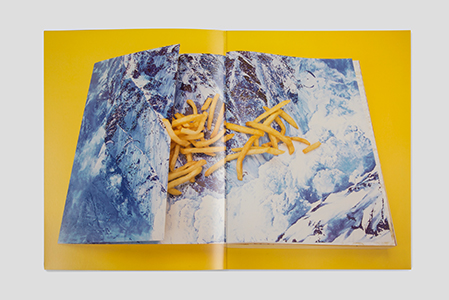 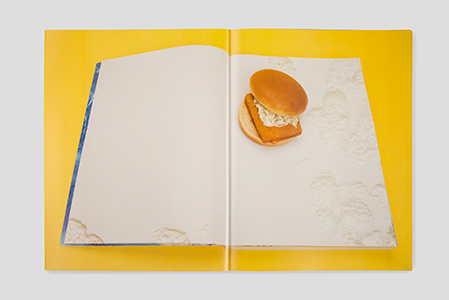 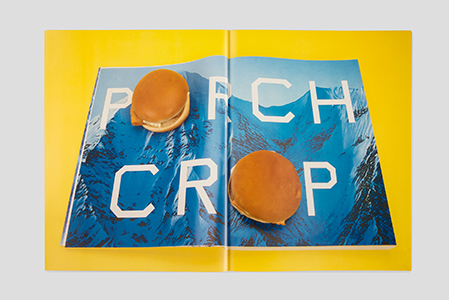 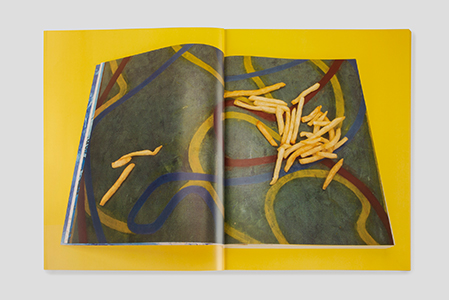 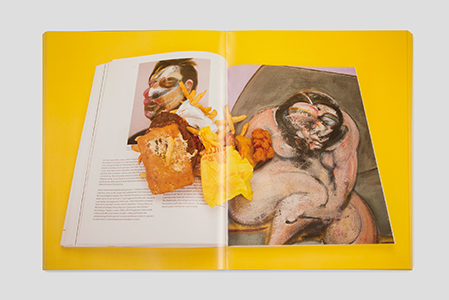 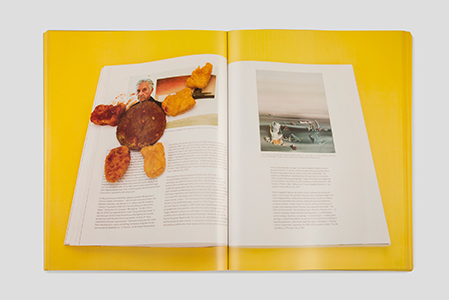 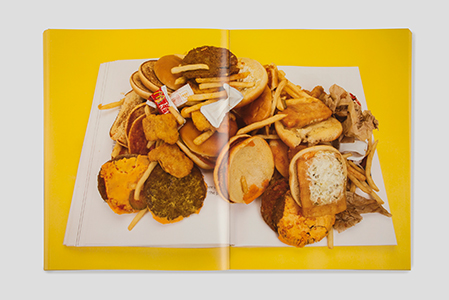 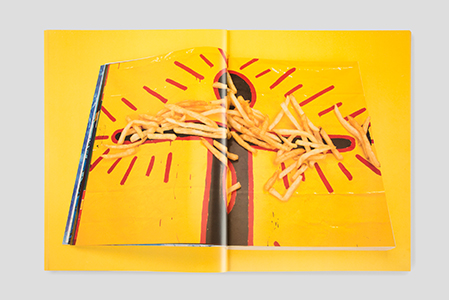 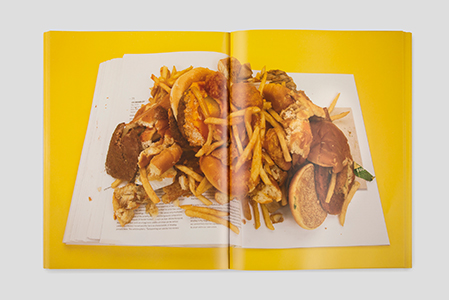 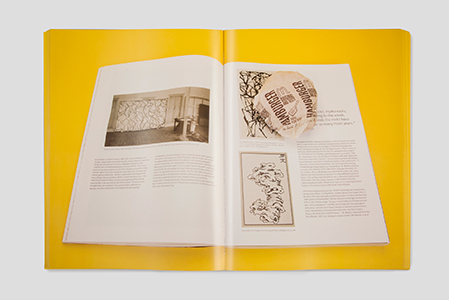