Black Is A Color – A History of African American Art 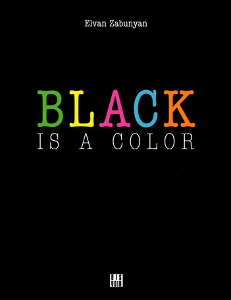 order
wishlist
In Black is a Color, Elvan Zabunyan proposes a new approach to contemporary art and its history through the practice of Black American artists from the Harlem Renaissance to today.
Black American contemporary artists are beginning to integrate in their works specific elements of their social and cultural claims. In response to Western artists who have drawn their references in the arts known as “primitive”, they affirm their will to create a genuine art which highlights the value of their own visual culture which was long considered to be less important than their musical tradition in Western's eyes. Combining a historical study with probing critical analysis, Zabunyan traces the emergence of artistic identity in various forms of representation (painting, sculpture, photography, video, and performance). Close readings of the oeuvres of David Hammons, Adrian Piper, and others uncover the place of the body, urban space, and memory in the works of Black artists, who are represented with more than 130 images.
See also Sophie Orlando: British Black Art Works – Debates on the Western Art History.
Elvan Zabunyan, contemporary art historian, is a teacher at University Rennes 2 and art critic. Her research is about North-American art from the 1960s and particularly the turning point of the year 1970 around racial and feminist questions. She has been working since the beginning of the 1990s on the issues shown by cultural studies, postcolonialist theories and gender studies, trying to build, thanks to critical thoughts, a methodology of history of contemporary art articulated around a cultural, social and political history. She published Black is a color, A History of African American Art (Dis Voir, 2004), she co-edited several books and wrote many articles in collective works, exhibition catalogues and periodicals.
order wishlist
published in November 2004
English edition
16,5 x 21,5 cm (softcover)
288 pages (173 color & b/w ill.)
29.00 €
ISBN : 978-2-914563-20-8
EAN : 9782914563208
in stock

Black Is A Color

Black Is A Color