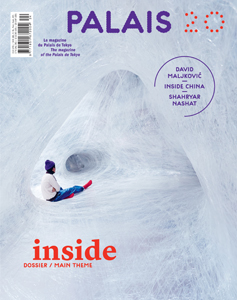 order
The issue 20 of the magazine Palais reflects the new season of exhibitions at the Palais de Tokyo, from October 2014 to January 2015, more particularly with the exhibition “Inside”. On this occasion, the questions of the inside and of interiority have inspired contributions from a large number of writers, philosophers, curators, anthropologists, historians, architects and researchers.
Palais publishes a dossier “Inside” which explores in text and image the issues related to the notions of inside and interiority in dialogue with the exhibition “Inside” and the works on display. The exhibition presented at the Palais de Tokyo offers an interior voyage, which is both physical and mental, into an interiority for which the exhibition space is a metaphor. With contributions by Jean Clottes and David Lewis-Williams (prehistory specialist), Françoise Dastur (philosopher), James Elkins (art historian), Alexa Hagerty (researcher in anthropology), Frédérique Ildefonse (philosopher), Georges Teyssot (architect and theorist) and by the curators of the exhibition Daria de Beauvais, Katell Jaffrès and Jean de Loisy.
“In Low Resolution”, David Maljković's first solo exhibition in a Parisian institution, is a temporal staging of individual memory and the collective imagination, just as much as it is of the temporal nature of experience and of its representation. From the starting point of a work on the difficulty of the heritage of the past, the curator of the exhibition Julien Fronsacq investigates how the Croatian artist may develop a far broader reflection about time, conducted by an extended use of collage.
And also: “Inside China: l'intérieur du Géant” [Inside China: inside the Giant], a special project that brings together the works of seven emerging artists from China and France (with contributions by the artists Li Gang, Wu Hao, Renaud Jerez, Yu Ji, Edwin Lo, Aude Pariset, Zhao Yao); a visual contribution specially conceived by the artist Shahryar Nashat; a focus on five emerging artists from the contemporary art scene: Jean-Marie Appriou, Virginie Gouband, Louise Pressager, Enrique Ramírez, and Qingmei Yao.
Published twice a year, Palais magazine offers an in-depth perspective on the exhibitions and program of the Palais de Tokyo. Palais allows people to see contemporary art in a topical way, as often as possible from the point of view of the artists themselves. Each issue of the magazine includes dossiers, interviews, essays, special projects and inserts, all contributed by artists, art critics, historians or theorists, making Palais magazine an essential tool for apprehending contemporary art.
order
published in October 2014
bilingual edition (English / French)
22,5 x 28,5 cm (softcover)
192 pages (color ill.)
15.00 €
ISBN : 978-2-84711-056-2
EAN : 9782847110562
in stock
excerpt 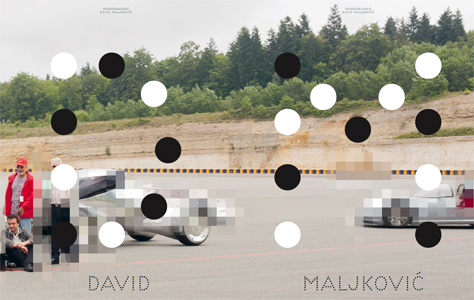 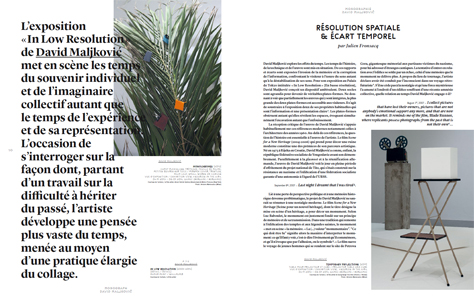 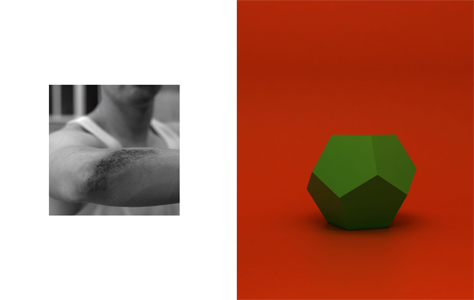 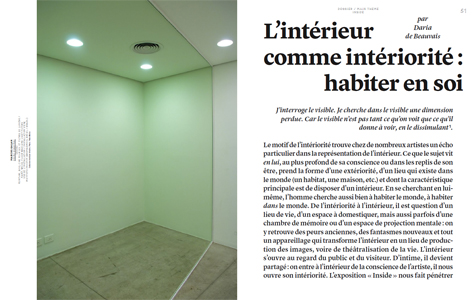 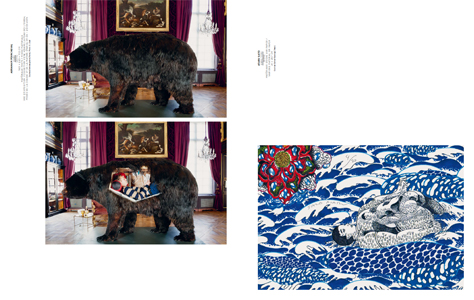 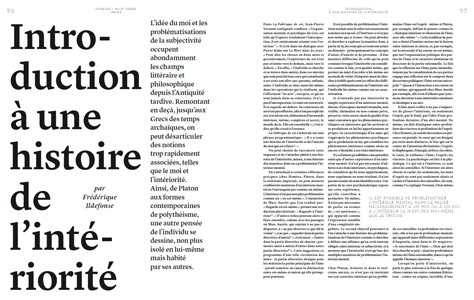 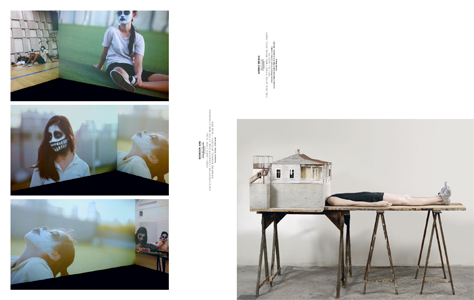 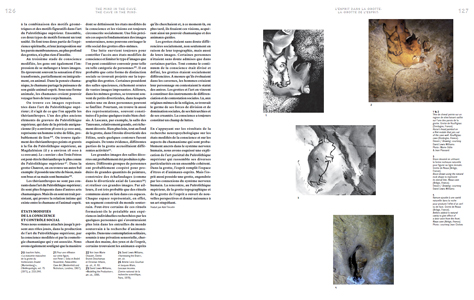 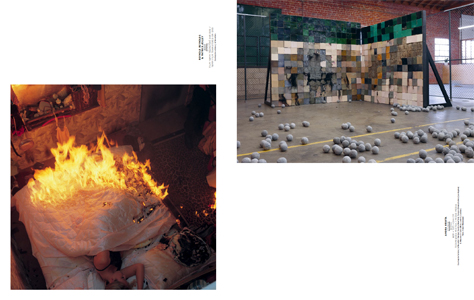 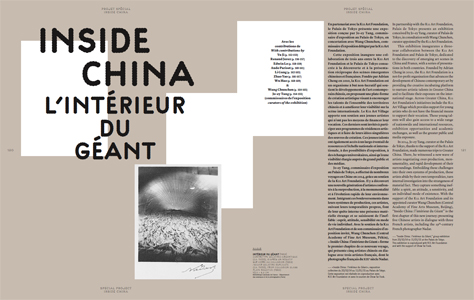 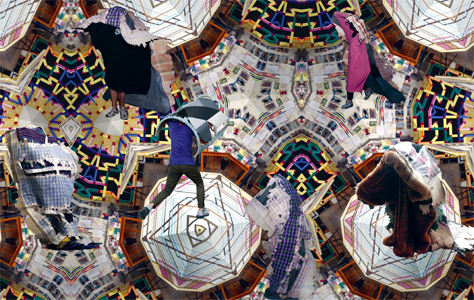 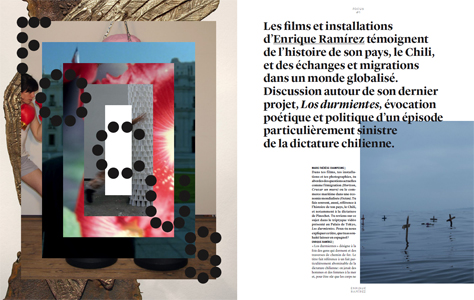