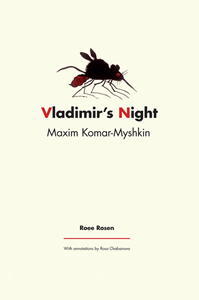 order
wishlist
The chimerical final work by Maxim Komar-Myshkin, one of the most elusive and tragic figures in Israeli-Russian art.
Part children's book, part gory political assault and part erotic farce involving elaborately detailed paintings that draw from the most disparate sources, Vladimir's Night is not only Komar-Myshkin's magnum opus, but an instrument of psycho-aesthetic retaliation against Vladimir Putin, whom the artist believed had a personal vendetta against him. Komar-Myshkin committed suicide in 2011, soon after completing the album.
In her annotations, Rosa Chabanova explores the book's many layers, covering such wide-ranging topics as the financial schemes of Russian oligarchs, medieval literature, political assassinations and the massive immigration wave of Russians to Israel. In so doing, Chabanova unravels the haunting story of Komar-Myshkin and arrives at startling conclusions as to what actually transpired during Komar-Myshkin's final years.
Maxim Komar-Myshkin was born in Moscow in 1978. He immigrated to Israel in 2004. There, he founded the Buried Alive group, a circle of artists, writers and filmmakers who vowed in their manifesto to operate as cultural zombies.

Rosa Chabanova is a PhD candidate in comparative literature at the Jaffa University.
Komar-Myshkin was the pseudonym of the fictive Russian poet Efim Poplavsky (1978-2011), who immigrated to Tel Aviv in the early 2000's. There, he founded the Buried Alive Group, a collective of ex-Soviet artists, writers and film makers who disavowed the culture around them and seeked a zombie-like artistic existence.
The paintings, films, and writings of Israeli artist Roee Rosen (born 1963 in Rehovot, Israel) have become known for their historical and theological consciousness, novelistic imagination, and psychological ambition. His work addresses the representation of history, the political economy of memory, and the politics of identity, often exploring the tension between trauma, horror, humor, and truth.
Rosen received degrees in visual art from the School of Visual Arts and Hunter College, both in New York. He now lives in Israel, where he teaches art and art history at Bezalel Academy of Art and at Beit Berl College. In 1997 Rosen's controversial exhibition “Live and Die as Eva Braun” at The Israel Museum, Jerusalem, was aggressively attacked by Israeli politicians. It won critical praise, however, for its new approach to the representation of the memory of the Holocaust. Rosen's projects include the exhibition “Justine  Frank (1900–1943): A Retrospective” (2009) and the films Two Women and a Man (2005) and The Confessions of Roee Rosen (2008). He has authored the books A Different Face (Shva, 2000), Lucy (Shadurian, 2000), Sweet Sweat (Babel, 2001), and Ziona™ (Keter, 2007).has invented
order wishlist
Graphic design by Rachel Kinrot.
published in August 2014
English edition
20 x 30 cm (hardcover with dust jacket)
174 pages (39 color & 68 b/w ill.)
24.00 €
ISBN : 978-3-95679-059-1
EAN : 9783956790591
in stock 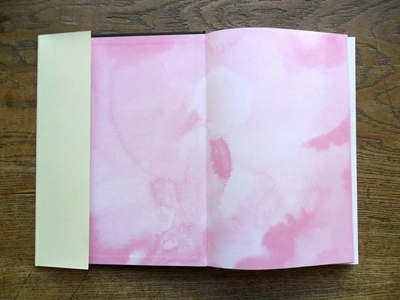 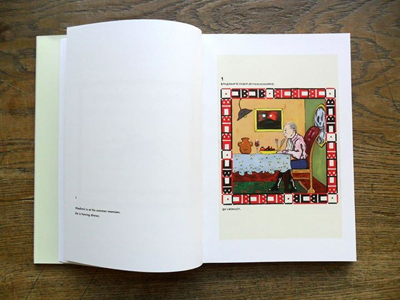 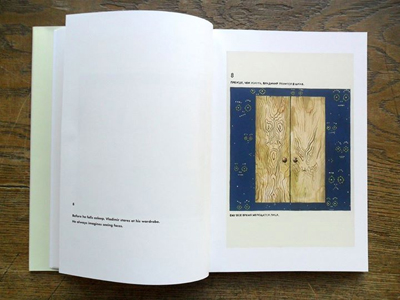 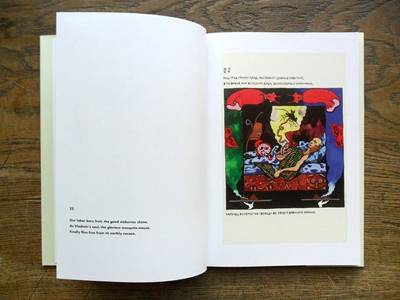 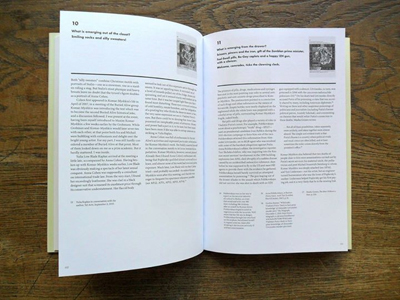