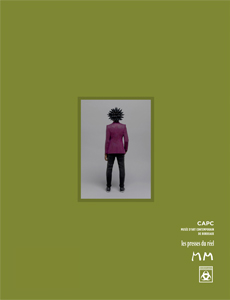 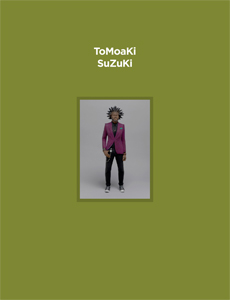 order
wishlist
This first monograph devoted to the work of the Japanese artist Tomoaki Suzuki, published to coincide with his amazing semi-retrospective occupying the nave of the CAPC musée d'art contemporain in Bordeaux, approaches the artist's sculptural work in all its distinctive aspects and numerous details. These are put into perspective by two essays and an interview, at a time when urban signs are suffering from immediate ageing, marked by “whatever singularity” in the age of social networks.
Published on the occasion of Tomoaki Suzuki's exhibition at CAPC, Bordeaux, from April to June 2014.
The sculptures of Tomoaki Suzuki (born 1972 in Mito, Ibaraki, Japan) reinvent the age-old eastern traditions of Japanese wooden sculpture. Inspired by London's way of life, where he has been living since 1999, Suzuki produces meticulously detailed portraits of various urban youth reduced to a third of their actual size scale. Striking hieratic silhouettes standing on their own, these sculptures evoke contemporary ways of life and sartorial styles by updating the age-old Eastern traditions. Like the 19th century flâneur, Tomoaki Suzki observes the “in” crowd of London, and casts upon these people an anthropological eye questioning their impact on our lives, as well as their ephemeral side.
Tomoaki Suzuki studied at Tokyo Zokei University before earning his MA in Fine Art from Goldsmiths College, London and his MA in Sculpture from City & Guilds Art School, London. He has been the subject of solo exhibitions at the Museo Marino Marini, Florence (2011); the Towner, Eastbourne, UK (2010); SCAI The Bathhouse, Shiraishi Contemporary Art Inc., Tokyo (2010) and Corvi Mora, London (2008).