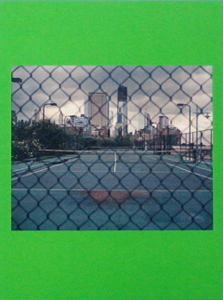 wishlist
Artist's book.
“I like to photograph tennis courts when they're empty, deserted, abandoned, or in disrepair, and sometimes simply when it's raining and no one's around and they can't be used. Seeing them in such a state has, for me, a special kind of eroticism, like the memory of a former lover one still feels for. Each court is in the midst of a landscape, near homes, among trees, or next to streets or buildings. Some are like the ghosts of a tennis court, with faded markings and sagging nets, where too many seasons have passed and not enough care has been given to them. Gathered together, these unoccupied tennis courts engender a special kind of metaphysic, one that relates to the ceremonial combat of an organized competition; the aesthetic atmosphere in which freedom and struggle flourish. Seeing courts in such varied states as these is like coming upon a memory, a new beginning, and another possibility all at once.”
Giasco Bertoli, Summer 2013
See also Tennis Court (2009).
Giasco Bertoli (born 1965 in Cevio, Switzerland) is a photographer and filmmaker, working in Paris since 2000. The cultural currency of his work, since the 1990s, has focused on sports, cinema, youth, music, sexuality, nostaligia, humor, and history. He is a regular contributor to various international publications.
wishlist
published in June 2013
no text
19,5 x 25,5 cm (softcover)
60 pages (color ill.)
ISBN : 978-3-905999-45-7
EAN : 9783905999457
sold out 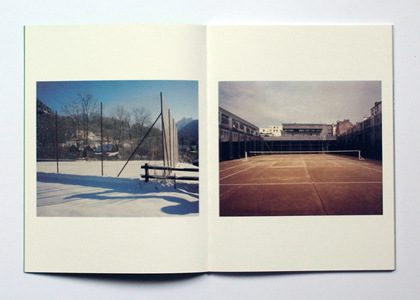 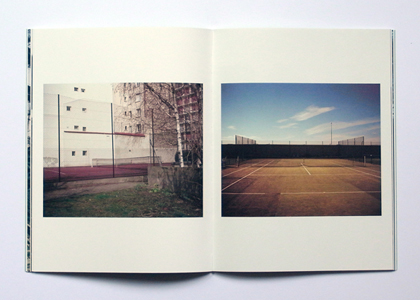 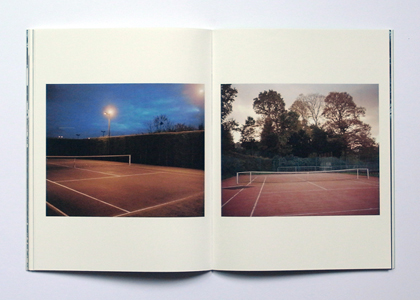 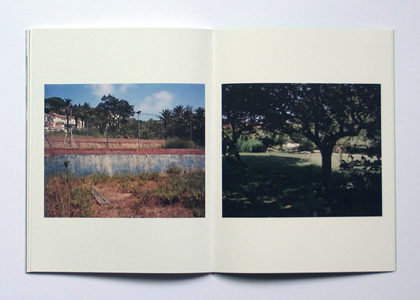 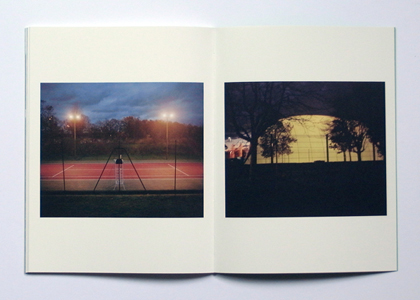