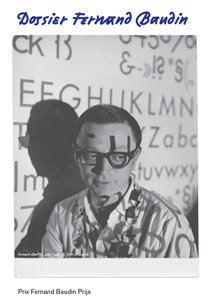 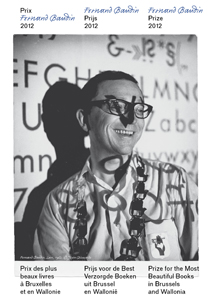 wishlist
The catalogue of the Prize for the Most Beautiful Books in Brussels and Wallonia, accompanied by a reference book on the Belgian typographer which name has been associated with the Prize.
The catalogue of the fifth edition of the Fernand Baudin Prize is not only dedicated to the Award Winners but also to Fernand Baudin, the Belgian typographer which name has been associated with the Prize. Designed by Coline Sunier and Charles Mazé, Award Winners of the Fernand Baudin Prize 2011 with the book Louie Louie, the catalogue is composed of two parts. The first book—the Dossier Fernand Baudin—will likely become a new reference work on Fernand Baudin, and the second part is a booklet presenting the nine prize-winning books.
Fernand Baudin (1918-2005) is a Belgian typographer, or “typographiste” as he liked to call himself. Teacher, author and lecturer, his extensive study focused on the history and teaching of writing and publishing. He was involved in various professional institutions such as Graphica Belgica Prize, Rencontres de Lure or Association Typographique Internationale (ATypI) of which he was the vicepresident. His two authoritative books are La Typographie au tableau noir (Paris: Retz, 1984) and L'Effet Gutenberg (Paris: Éditions du Cercle de la Librairie, 1994).
Drawing from Fernand Baudin's collection kept in the rare books and manuscripts section at the Université libre de Bruxelles, this Dossier Fernand Baudin gathers texts written or translated by Baudin, previously unreleased or published in various journals, or read in conferences, covering a period going from 1958 to 1998. Presented in a chronological order, this selection of texts conveys a panorama of his various activities, the ideas he developed and advocated, and gives a glimpse on the network of friendly and professional relationships Baudin established during his entire career.
Through their chronology and the history they depict, the fac similes naturally offer an insight on the technical evolutions in the field of the graphic industry, a particular concern for Baudin. When taken as a whole, they allow highlighting Fernand Baudin 's position on the role of writing in the printing process, from the author 's draft to the final, published edition via all the intermediary stages.
This Dossier Fernand Baudin refers to the “Dossiers” prepared by Fernand Baudin for the Association des Compagnons de Lure between 1969 and 1975. These Dossiers include documents and contributions selected by Baudin. Each opus is dedicated to a single subject or a single theme, such as writing or layout. In Dossier Layout (1972), Baudin gathers and annotates a selection of working documents sent by graphic designers and typographers. This method was employed in a separate section of the catalogue, the booklet presenting the nine books awarded this year with a Fernand Baudin Prize. 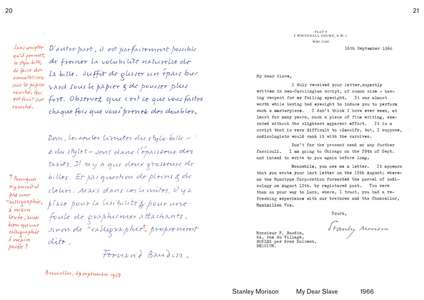 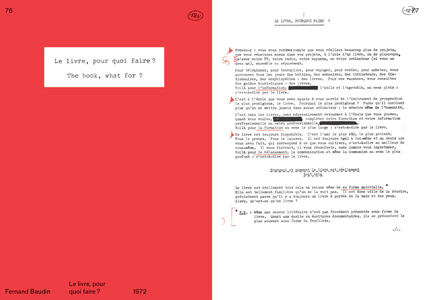 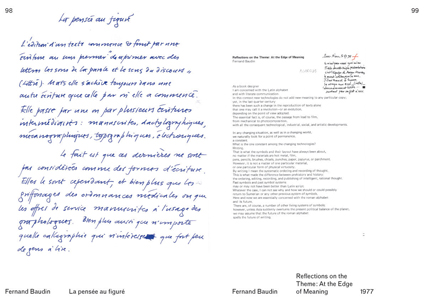 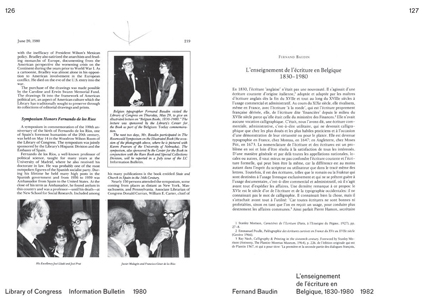 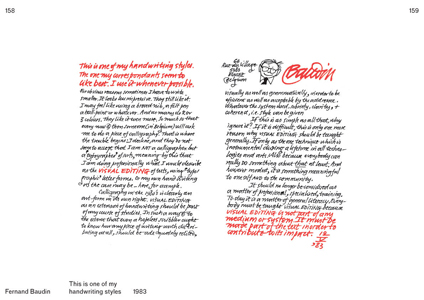 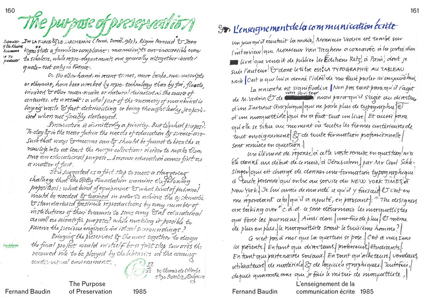 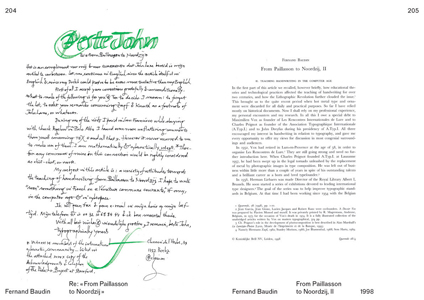 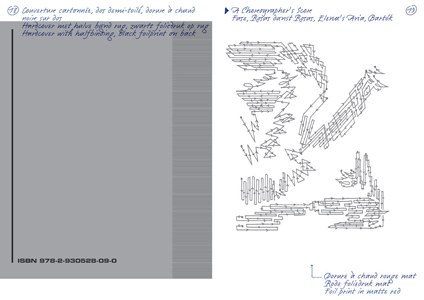