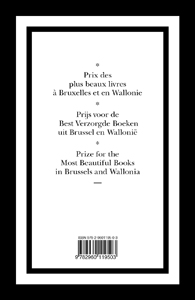 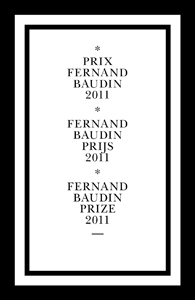 order
wishlist
The catalogue of the Prize for the Most Beautiful Books in Brussels and Wallonia.
The Fernand Baudin Prize, who wants to honour and encourage the contemporary book production in Brussels and Wallonie, presents for its fourth edition the “Most Beautiful Books 2011”. Through a competition, a special recognition is given to books which demonstrate an outstanding quality both in their conception (editorial and graphic) and in their production (printing and binding). An international and professional jury judges the participating books.
Urs Lehni (graphic designer, publisher “Rollo Press”) was selected as this year's Jurypresident. During the jury, on 16th and 17th January 2012, he was assisted by the following book professionals: Ludovic Balland, Sam de Groot, Simona Denicolai, Lina Grumm, Wim Lambrecht, Mieke Plaizier, Alex Rich, and Jean-Louis Rollé. Seven books, having obtained a majority of the votes in the final round, were elected award-winners and bear the title of “Prize-winner of the 2011 Fernand Baudin Prize”.
“A couple of years ago I thought it would be a great idea to provide a book with a bugging device (a tiny MP3 recorder of some sort) and then to hand it in at the Most Beautiful Swiss Books competition just in order to get a full protocol of the jury's discussions. Unfortunately, I could never come up with neither the technological part nor the book content that would suit a project like this.
For this year's Fernand Baudin Prize, a similar venture would have been totally useless, as the catalogue you're holding is exactly this: a blackbox-like recording of all we said on Tuesday, January 17, about these 109 books in the competition that at least received one bookmark (aka. one request to be discussed) from one of the 9 jurors. The aim behind this attitude of complete transparency (no Wikileaks needed) is to focus on the process and the progress of our discussions rather than on the resulting selection.”
Urs Lehni
See also the catalogues of the Fernand Baudin Prize 2013 and 2012.
order wishlist
Texts by Ludovic Balland, Simona Denicolai, Jacques Evrard, Sam de Groot, Lina Grumm, Wim Lambrecht, Annelies Lievrouw, Mieke Plaizier, Alex Rich, Jean-Louis Rollé, Philippe Suinen. 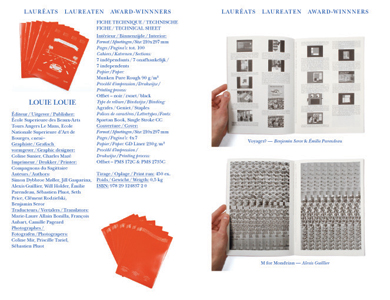 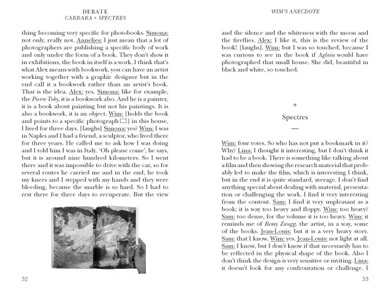 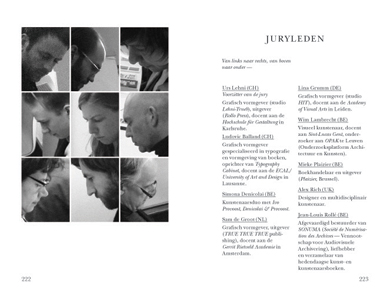