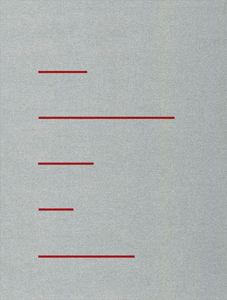 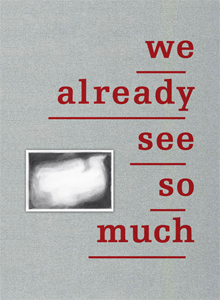 order
wishlist
Artist's book.
This artist's book is a collection of 85 landscape drawings and sketches by Euan Macdonald that were produced over a three year period in many parts of the world. In the small scenes, Macdonald reflects on the abstract and concrete forms of ordinary landscape phenomena, providing a strange synthesis of familiarity and contingency, which in turn provokes an uncertainty about the ordinary.
On Macdonald's imagery, critic Ralph Rugoff says: "Macdonald quietly unsettles the viewers' faith about what exactly is—or is not—happening in the picture he or she is looking at … These pockets of uncertainty are enhanced by Macdonald's deliberately style-less or impersonal approach to making images."
The book's title comes from the last line of the short text "A Little Ramble" (1914) by the Swiss writer Robert Walser (1878–1956). A reprint of "A Little Ramble" (in the original German, and the English translation by Tom Whalen) is also included in the book as a detached insert.
Interspersed throughout the book are reproductions of 22 found Swiss postcards that were produced circa 1912—1915—in proximity to the same time and place where Walser wrote "A Little Ramble." Each postcard image reflects a coincidental scene (within Walser's text), producing a loose photographic narrative of the original text.
Born 1965 in Edinburgh, Euan Macdonald lives and works in Los Angeles.
order wishlist
Edited by Willem Henri Lucas and Euan Macdonald.
Texts by Euan Macdonald and Robert Walser.
published in February 2013
bilingual edition (English / German)
16,5 x 21,6 cm (hardcover, cloth binding)
280 pages (107 b/w ill.)
29.00 €
ISBN : 978-3-03764-313-6
EAN : 9783037643136
in stock 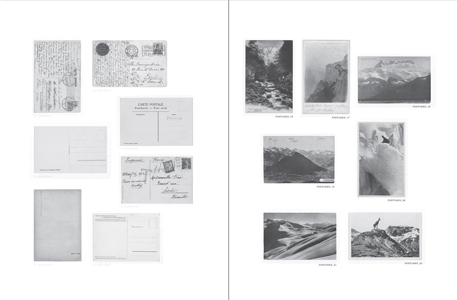 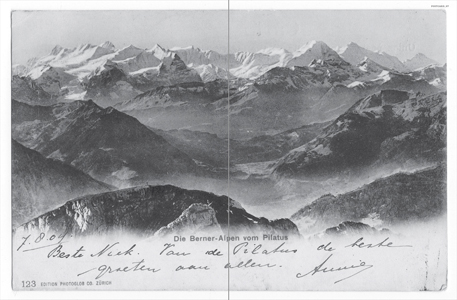 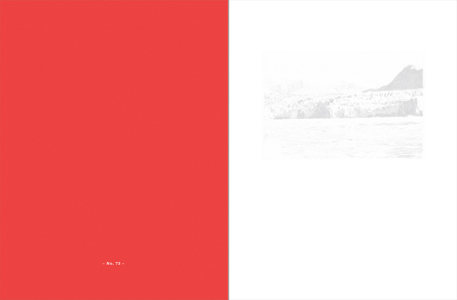