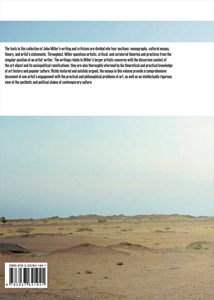 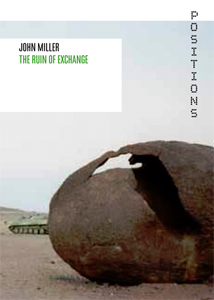 order
wishlist
The production/reception dialectic.
The texts in this collection of John Miller's writing and criticism span a 20-year period, 1989 to 2009, and are divided into four sections: monographs, cultural essays, theory, and artist's statements. Many appear in English for the first time. Throughout, Miller aims to question artistic and curatorial theories and practices from the singular position of an artist-writer. This makes the production/reception issue an inherent dialectic in his work.
Miller sees criticism as part of a comprehensive practice that includes teaching and, of course, art production. His approach differs from that of the academic or the journalist in that he implicates his own practice in the object of his critique. Moreover, rather than evaluating that object, Miller tries to articulate how it operates within a given political economy. He maintains that sociopolitical forces and ideological apparatuses underpin the production of all cultural “artifacts.”
Among such contemporaries as Mike Kelley and Jim Shaw, but also Tony Oursler and Stephen Prina, John Miller (born 1954 in Cleveland, Ohio, lives and works in New York City and Berlin) embodies a singular position: he articulates the synthesis of an ideologically committed critique of representation with a postconceptual shift toward the “real.” Using completely stereotyped genres (figurative painting, travel photography, landscape painting, and so on), Miller, like Sherrie Levine and Richard Prince, has, since the end of the 1970s, challenged the function of the author and the concomitant loss of aura of the artwork. Yet this critique is for him only a means of revealing the repressed aspect of the ideological aggregates of day-to-day late-capitalist Western culture.
First noticed for his brown “faux” abstract painting and objects recovered by a brown impasto, he resisted to what he calls “aesthetic appropriation” by regularly shifting his practice, introducing series such as the “Middle of the Day” photographs, game show sets and paintings, and golden maquettes through the 1980s and 1990s. This strategy of resistance to a reduction of his work to any critical tag explains why, despite the early critical recognition of his work by theoreticians such as Hal Foster, he is still overlooked among his generation.
Also a writer, John Miller became in 1987 the US Editor for Artscribe; he founded Acme Journal in 1991. For the past two decades, he has written intensively and published texts in Artforum, October and Texte zur Kunst, as well as in numerous museum publications. He has taught art at Columbia University, the School of Visual Art in New York, Yale University, and Cooper Union.
order wishlist
Edited by Alexander Alberro.
Texts by Alexander Alberro, Mike Kelley, John Miller. 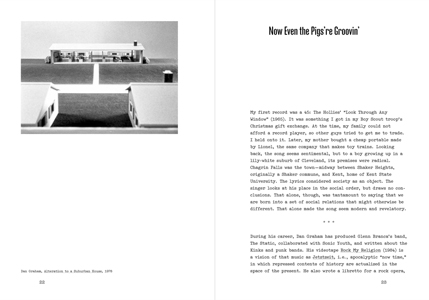 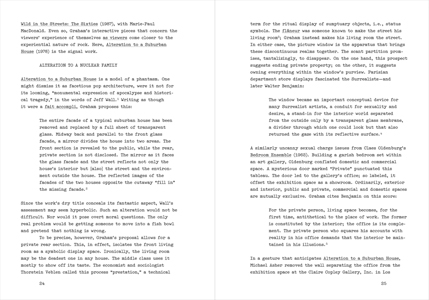 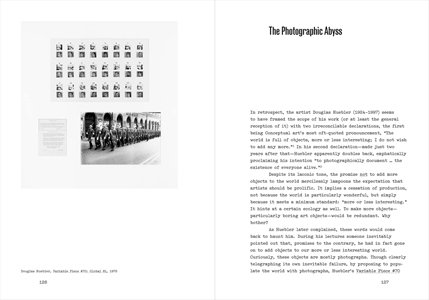