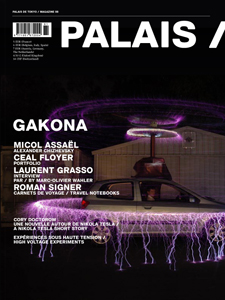 order
wishlist
Gakona / Cory Doctorow / Ceal Floyer / Roman Signer / Laurent Grasso / Micol Assael / exhibitions guide and a selection of books, music, movies, and events around Gakona...
A few houses, a service station, a post office, a couple of diners... and a mysterious scientific research base. Gakona, a small village in the center of Alaska, is home to the American H.A.A.R.P. research program (High-frequency Active Auroral Research Program). Inspired by the works of the inventor Nikola Tesla, it is believed that researchers there are studying the transmission of electricity in the high strata of the atmosphere. But because of its military funding and the fears associated with electromagnetism, H.A.A.R.P. has also become an inexhaustible source of rumors. From climatic disruption to influence over human behavior, this forest of antennas has been credited with powers worthy of science fiction. Made up of four solo exhibitions (Micol Assael, Ceal Floyer, Laurent Grasso and Roman Signer), the Gakona session lies at the intersection of fact and rumor, reality and phantasm, science and imagination. Presenting works that elude any suggestion of a fixed interpretation, it thus pursues the Palais de Tokyo's intention of promoting a dynamics of looking and thinking, based on a permanent oscillation between opposite poles.
This issue of the magazine Palais / is edited and designed around the Gakona exhibition, a Nikola Tesla short story by Cory Doctorow, an interview of Laurent Grasso by Marc-Olivier Wahler, two portfolios (Ceal Floyer, Roman Signer), archive documents about Alexander Chizhevsky (selected by Micol Assaël), unexpected experiments with high-voltage current, and also a guide section.
Published twice a year, Palais magazine offers an in-depth perspective on the exhibitions and program of the Palais de Tokyo. Palais allows people to see contemporary art in a topical way, as often as possible from the point of view of the artists themselves. Each issue of the magazine includes dossiers, interviews, essays, special projects and inserts, all contributed by artists, art critics, historians or theorists, making Palais magazine an essential tool for apprehending contemporary art.
order wishlist
published in 2009
bilingual edition (English / French)
21 x 28 cm (softcover)
96 pages (color & b/w ill.)
5.00 €
ISBN : 978-2-84711-032-6
EAN : 9782847110326
in stock
table of contents 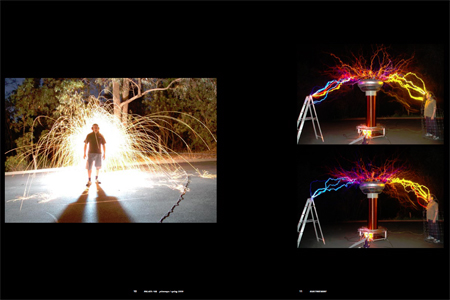 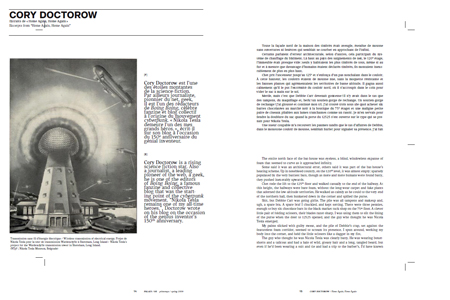 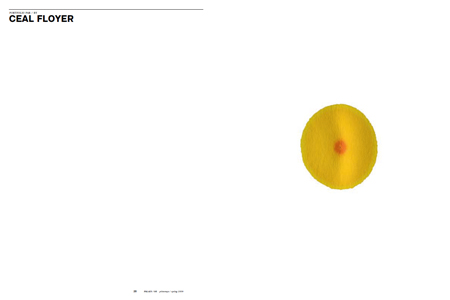 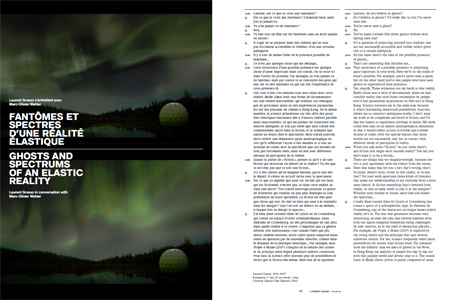 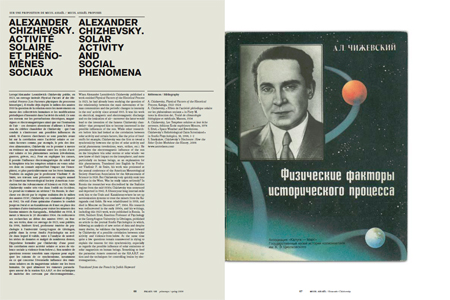 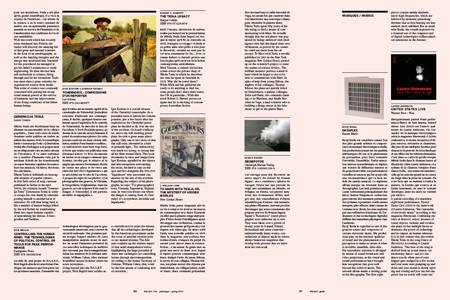