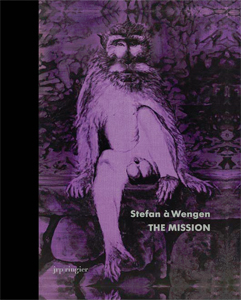 order
wishlist
First monograph: Stefan à Wengen's most recently created works and individual pieces from the past 15 years which clearly exemplify the development of the Swiss artist's oeuvre.
Since the mid-1990s the Swiss painter Stefan à Wengen (born 1964 in Basel, lives and works in Düsseldorf) has used fairly large groups of works to treat questions relating to the cultural codes. In them the “alien” or “alienating” is again and again the starting point for his pictorial ideas. The uncanny which has a long tradition in the history of painting forms the real core of his painting. Both the medium of film and reportage photography offer him formal starting points and influence his atmospherically charged paintings. In addition the venerable portrait genre, albeit always full of confusing factors, plays an important role in Stefan à Wengen's work. The oppressive “Ghost portraits”, but the animal portraits too, should be understood as icons of the evil, dangerous and uncanny. Stefan à Wengen is inspired by the western iconic tradition, seeks references to other cultures, and creates highly symbolic painting of a new, individual reality.
Stefan à Wengen's works can be found in public collections such as the Schweizerische Bundeskunstsammlung or the Kunstmuseum Basel, as well as in major private collections in Germany, Spain, the USA, Switzerland and the Netherlands. The “Ghost portraits,” “The Mission” series, and his most recently created works form the nucleus of the exhibition at the Kunstmuseum Luzern which is arranged as a retrospective. Individual works from the past 15 years clearly exemplify the development of his oeuvre.
order wishlist
Edited by Christoph Lichtin.
Texts by Stefan à Wengen, Beate Ermacora, Julian Heynen, Christoph Lichtin. 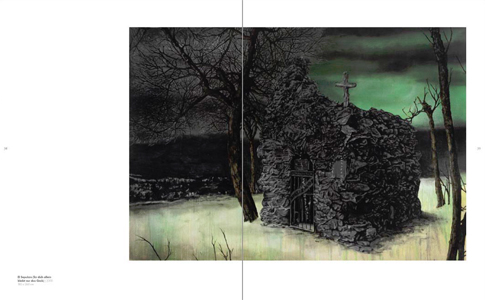 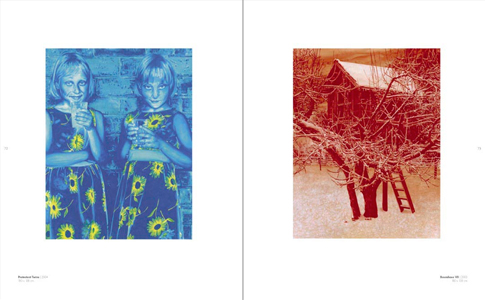 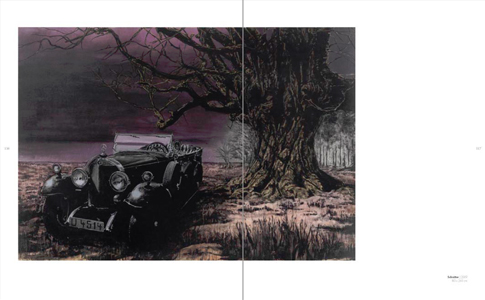