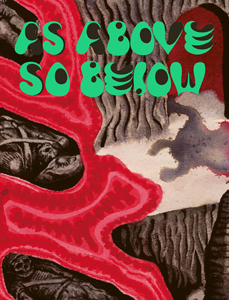 wishlist
A visual narrative based on a series of randomly selected photographs from National Geographic issues, taking visual motifs from a version of the real world and pushing them into the realm of the subconscious.
“As Above So Below is a visual narrative based on a series of randomly selected photographs from my collection of National Geographic Magazine, dating between 1940 and the present day. The idea was to take visual motifs from a version of the real world and push them into the realm of the subconscious, a kind of dream generator. Dreams are made up of fragments of experiences, elements of stories which when laid side by side, often become striking or fantastical. Using a random number generating website I created a series of numbers. Each series became a month, year and page number, which were then cross referenced with a corresponding magazine. The first image that came up was from an article describing an archeological dig at a Corsican pagan tomb, the second a photograph of temple street market in Hong Kong, other references came up with pages of text and I would fix upon a phrase or name which conjured up an interesting image – such as an unfinished castle, upon an island or an animal shedding it's skin. The theme of crossing dimensions and of an event happening simultaneously across the world emerged. The title comes from medieval hermetic philosophy, and relates to the alchemical relationship between microcosm (the body) and macrocosm (the universe).”
After graduating from London's prestigious Royal College of Art in 1998, Sweeney embarked on a prolific illustration career; he's doodled for the likes of Silas & Maria, Levi's, and Stüssy, and appeared in the Gas Book series, The Face, and Sleazenation. Musically, he has made his mark as a guitarist for XL Recordings' Zongamin (the brainchild of frequent design collaborator Susumu Mukai) and by designing album art for Beck, and Architecture in Helsinki, whose Places Like These cover he spun into a full art show in Melbourne, Australia. Of course, there's the veggie-filled Tales From Greenfuzz series of comics and its attendant toys, plus his label, Alakazam, an optical acid bath of dancing pharaohs and voodoo jukeboxes from the future past.
wishlist
published in April 2010
no text
19,5 x 25,5 cm (softcover)
16 pages (11 color ill.)
ISBN : 978-3-905714-78-4
EAN : 9783905714784
sold out 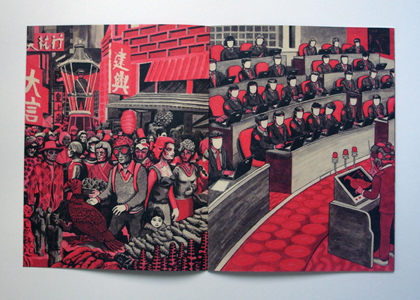 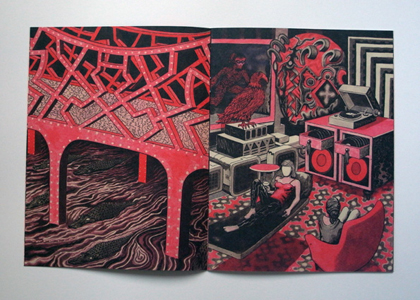 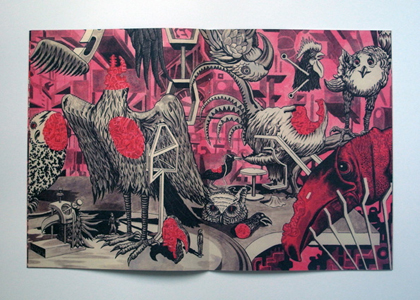 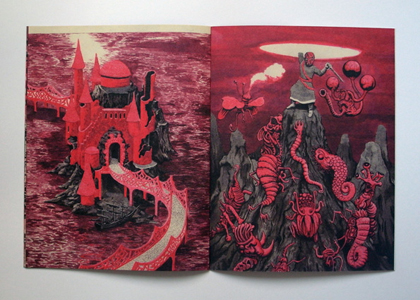 Will Sweeney: other title