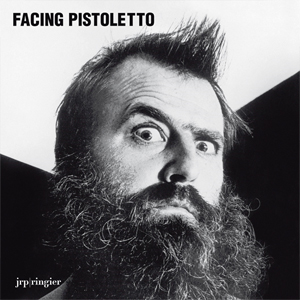 order
wishlist
Pistoletto's theater and performances.
This volume gathers together, for the first time, extensive documentation on Michelangelo Pistoletto's theater and performative works of the 1960s and 1970s.
A fundamental but overlooked aspect of Pistoletto's work is its emphasis on collaboration and participation. In 1967 his studio became a meeting place for poets, actors, and film people. Out of this emerged the heterogeneous Zoo group, a "creative collaborative" that was active between 1968 and 1971. According to Pistoletto, "it was perhaps one of the first experiments in the passage from the object to an aesthetic of relation"; it shed new light on his classic "mirror" works, whose interaction with the viewer suddenly acquired a new participatory dimension. The Zoo performed a series of actions in streets and piazzas throughout Italy, a kind of spontaneous and chaotic theater. Their historical references were traveling theater troupes, storytellers and troubadours, acrobats and carnival merrymakers, and the commedia dell'arte. In addition to street art, the group also performed in theaters across Europe.
The history of Zoo—highly relevant today when we look at the work of numerous young artists—is told with great passion by the artist in a long discussion with Andrea Bellini. He also evokes Arte Povera, his works of the 1980s, as well as more recent projects he realized in the 1990s.

Published to coincide with a performance in Turin during Artissima 2009, the book includes splendid photographs by leading Italian photographers such as Ugo Mulas and Paolo Mussat Sartor, as well as descriptions of performances by the artist.
Michelangelo Pistoletto (born in Biella in 1933) was an animating force and a protagonist of Arte Povera in the 60's. His whole oeuvre is guided by a desire to develop the artist's social position, with the objective to carry out artistic projects for “a responsible social transformation” in all of the spheres of human activity (economics, politics, science, ecology, religion, education...).
order wishlist
Edited by Andrea Bellini.
Texts by Andrea Bellini.
published in January 2010
bilingual edition (English / Italian)
24,8 x 24,8 cm (softcover)
240 pages (174 b/w ill.)
25.00 €
ISBN : 978-3-03764-093-7
EAN : 9783037640937
in stock