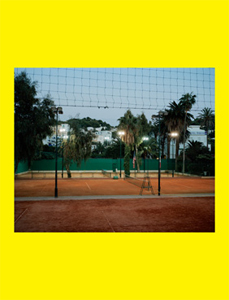 wishlist
Artist's book.
“I started photographing empty tennis courts in southern Switzerland in 1999, on the border to Italy. The work came about by chance. Some time after I'd moved to Paris, I was back in Switzerland, walking in the woods near were I grew up and I came across an abandoned tennis court. I photographed that one, then courts around the neighbourhood where I grew up, and have continued to photogragraph deserted tennis courts ever since. In general I think about images from my adolescence and also think of the visual experiences I've had with film as an experience of real life.”
Giasco Bertoli, Spring 2009
See also Tennis Court II (2013).
Giasco Bertoli (born 1965 in Cevio, Switzerland) is a photographer and filmmaker, working in Paris since 2000. The cultural currency of his work, since the 1990s, has focused on sports, cinema, youth, music, sexuality, nostaligia, humor, and history. He is a regular contributor to various international publications.
wishlist
published in 2009
no text
19,5 x 25,5 cm (softcover)
64 pages (color ill.)
ISBN : 978-3-905714-65-4
EAN : 9783905714654
sold out 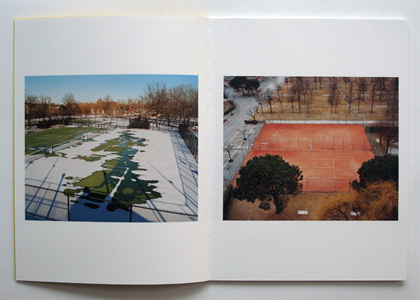 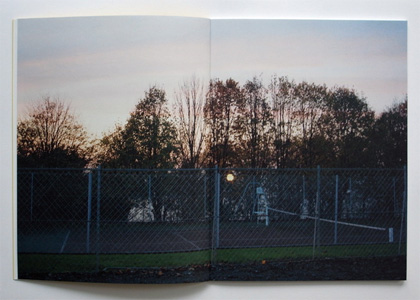 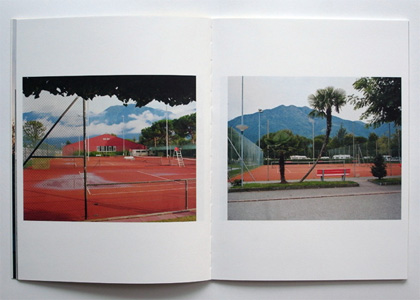 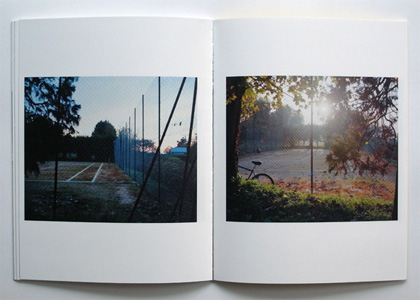