The extraordinarily diverse work of the American photographer Mark Morrisroe (1959-1989) has until now mostly been exhibited and discussed in connection with his famous Boston colleagues Nan Goldin and David Armstrong. Like them, Morrisroe documented his circle of friends, whose lifestyles were inspired by punk and bohemia. He finished his studies at the School of the Museum of Fine Arts in Boston in 1982, a few years later than Goldin and Armstrong. He moved to New York in the middle of the 1980s, and died of AIDS-related illnesses in 1989 when he was only 30.
Mark Morrisroe's short period of creativity in the 1980s was astonishingly productive and stands out because of its individual aesthetic. He captured his friends in painterly portraits and nude photographs; the Polaroid camera became a mirror of his own body, reflecting its illness and decay. During the three years leading up to his death he transferred his photographic experiments more and more to the darkroom, where he used pages from porn magazines and X-ray images of himself as negatives. 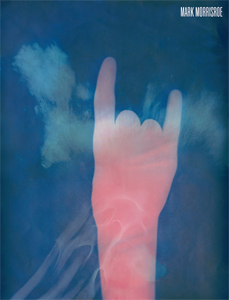