David Chieppo, born in New Haven, Connecticut in 1973 and based in Zurich since 1998, is an artist whose drawings are fundamental to his work, for they have an openness and compositional spontaneity that relates closely to the way the world is seen. In capturing a moment, the drawings are not determined primarily by stylistic concerns, but by the potent energy of the person or situation Chieppo seeks to convey – irrespective of whether these phenomena are experienced at first hand or through a medium such as photography, film or television. Chieppo can portray a scene with ostensible naivety while at the same time delivering a subtext that lends it a dramatic twist. By the same token, emotionally charged scenes are presented as though they were being reported with a childlike lack of understanding. Situations are not translated, but rendered literally; the artist provides no commentary, but lets the image speak for itself. 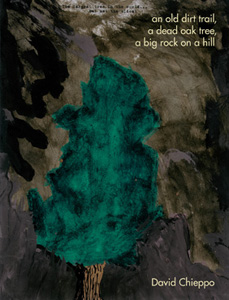