Living in New York since 2000, Nick Haymes (born in Stratford-Upon-Avon in 1969) has worked over the last 7 years with some of the most important magazines worldwide: i-D, Dazed And Confused, Index, The Face, Vogue, TeenVogue, Another Magazine, Arena, Capricious and the Journal to name a few. Through these networks he has gained access to a whole scene of diverse worlds and tribes, which then brought Haymes' personal work closer to a particular atmosphere, made of family members, friends, and their inner sceneries. 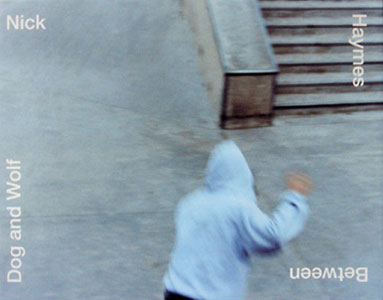 Between Dog and Wolf
2007
no text
Nieves
sold out
The first monograph by British born photographer, depicting the life around a bunch of skateboarders and their joy of living.