Wesley Willis (Chicago, 1963 - 2003) is an atypical artist and musician made cult by the American punk-rock scene (from Henry Rollins or Jello Biafra to Pear Jam or Smashing Pumpkins). He began his artistic career singing on the street, accompanied by his Technics KN2000 keyboard. He was soon playing opening slots for local bands, and later recording songs as an homage to these performances (i.e. "Urge Overkill", "Swervedriver", "Foo Fighters", "The Frogs"). In 1989, Willis was diagnosed as schizophrenic; he explains that writing, performing, and recording help quiet the voices in his head. After about fifty records, most of his exposure came as an internet phenomenon during the early days of peer-to-peer file sharing. 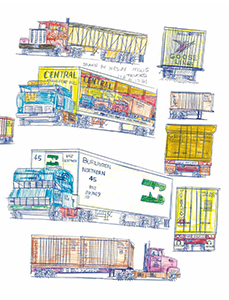 Trucks
2016
no text
Nieves
A selection of trucks—coaches, tow trucks, merchandise trucks—drawn with ballpoint pen and pencil by underground legend Wesley Willis. Compiled from different notebooks, this series highlights an essential and almost obsessive motif in the visual work of the Chicagoan artist. 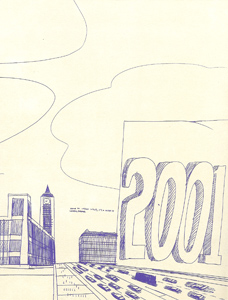 2001
2008
no text
Nieves
sold out
An extensive selection of works by the American shizophrenic punk musician. 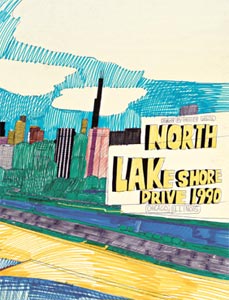