Johannes Kahrs (born 1965 in Bemen, lives and works in Berlin) manipulates found imagery garnered from films, newspapers, and personal photographs to depict human figures. Liberating images from their original meaning, Karhs re-establishes his initial fascination with the image by painting it in full detail. The compelling ambiguity evoked in these works is achieved through their characteristic dark and uncanny atmosphere. Johannes Kahrs provokes his audience with paintings and drawings of dramatic scenes and imagery in which fact and fiction collide and reality is manipulated into an intricate world of concealment and mystery. 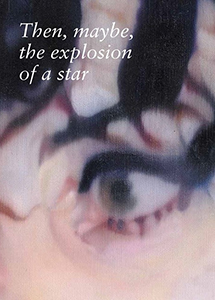 Then, maybe, the explosion of a star (2 books box set)
2017
bilingual edition (English / French)
Le Plateau / Frac Île-de-France
Two-volume monograph featuring a picture book with a wide selection of portraits, interiors, and landscapes by the German painter, and a book of interview with Xavier Franceschi from Frac Île-de-France. 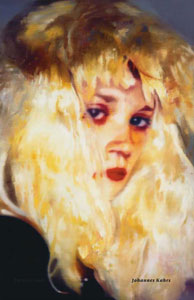