Ronald Cornelissen (born 1960 in Beverwijk, The Netherlands) studied at AKV St. Joost Academy in Breda between 1983 and 1988. Since than he has been making drawings, sculptures and installations. His treatment of themes like our increasingly complex relationship with nature, and related issues such as the conflict between rationalism and mysticism, results in work that is both darkly critical and tragically comical. Over the years, Cornelissen has developed a highly idiosyncratic formal vocabulary in his drawings, sculptures and installations, mining various sources from high to low culture, and shifting swiftly between the different speeds and temperatures of the various artistic domains he is active in. This makes for a truly unique voice, that is not so much observational or reflexive, but rather libidinal and affective, setting itself emphatically apart from the increasingly stylized output of the ubiquitous semi-academic research-based practice or citational modernism. 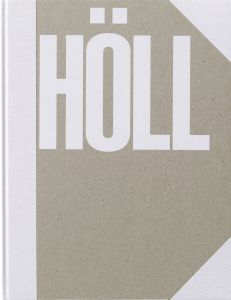 Höll
2022
bilingual edition (English / French)
varia
A series of drawings created by Cornelissen after a stay in Svalbard, where he resided in 2018 at the invitation of the Arctic Center of the University of Groningen, and during which the focus of his work slowly shifted from political mythology to ecology.