Takashi Homma (born 1962, lives and works in Tokyo) is a Japanese photographer. His work investigates the relations between individualities and an urban environment in a socio-political perspective.
Takashi Homma studied photography at Nihon University College of Art but left in 1984 to take a job as an in-house photographer at a Tokyo advertising agency. In 1991, he moved to London to work as a photographer for i-D magazine. In 1999, he was awarded a Kimura Ihei Commemorative Photography Award for the project Tokyo Suburbia (1998). A major retrospective of his work opened at the 21st Century Museum of Contemporary Art, Kanazawa, in 2010. 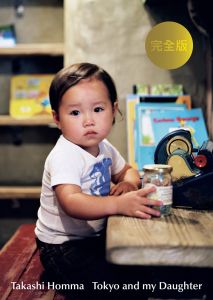 Tokyo and my Daughter
2021
no text
Nieves
forthcoming
The complete edition of Takashi Homma's acclaimed homage.