Born in 1966, Mike Mills lives and works in Los Angeles.
He is widely renown as a graphic artist and filmmaker. He has been defined as one of the creative visionaries of our times, responsible for album covers and music videos for bands such as the Beastie Boys, Sonic Youth, Beck and Air. Mills has directed various commercials, music videos, and short films and his first feature film, Thumbsucker, adapted by Mills from the homonymous novel by Walter Kirn will be released this fall.
As a graphic designer, Mills designed the famous X-Girl logo and shirts graphics, Kim Gordon and Daisy Von Furth's clothing company, as well as skateboard graphics for Supreme, Stereo and Subliminal. For Marc Jacobs he designed scarves and fabrics, and other fashion related graphics for Esprit and The Gap. 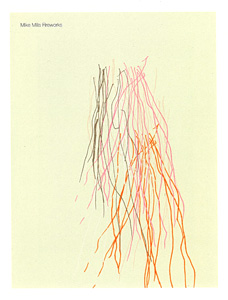 Fireworks
2008
no text
Nieves
sold out
A new series of abstract graphic drawings inspired by fireworks (and its traditional Chinese meaning). 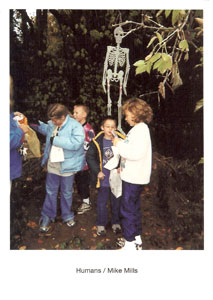 Humans
2005
no text
Nieves
sold out
New drawings, designs and an essay by American graphic artist and filmmaker.