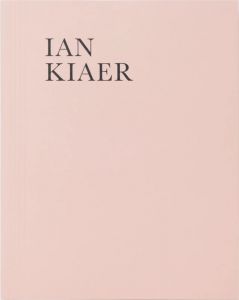 Endnote, tooth
2020
English edition
Archive Books
Ian Kiaer's new monograph is based on a project that the artist began several years ago and whose configuration changes with the circumstances. Drawing on the notion of marginal endnotes in books, it references the utopian concepts of the Austrian American architect Frederick Kiesler (1890-1965).