While studying at the Massachusetts College of Art in Boston, Jack Pierson (born 1960 in Plymouth, Massachusetts, lives and works in New York City and Southern California) became associated with a group of photo artists who would become known as the Boston School, of which Nan Goldin was also a central figure. Pierson's practice embodies an array of media spanning from wall-drawings, word-pieces, installations, drawings, sculpture, paintings and photographs. His photographic works have often been compared to images from road movies, movies whose rapturous race toward fulfilment have become etched into the American landscape. His favourite subjects are drawn mostly from his daily life as a contemporary artist: fragments of urban landscapes, still lives of ordinary objects, homoerotic nudes, evocative words worked into collages or transformed into neons. Far from simply seeking to create traditional variations on the American Dream, the artist seeks instead to explore the flip side of the concept, searching to express what he calls “the tragedy inherent in the pursuit of glamour”. 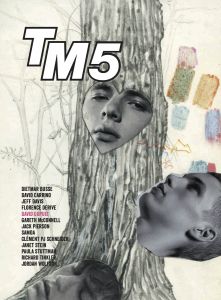