For more than 60 years, Gene Beery (born 1937 in Racine, Wisconsin) has interrogated the moment of esthetic experience with humor and irony. What are the stakes of an encounter between a viewer and the work? What does the surface of the canvas promise to whoever looks at it? Beery positions himself with pictures to be read, whose phrases announce the arrival, the impossibility or the absurdity of such an experience. Behind the apparent lightness and sarcastic distance of his practice emerges a deep reflection on the existence of art and the role of the artist.
In 1960 the artist made his first text paintings, unclassifiable works at the intersection of Fluxus, Minimalism, neo-Dada and assemblage. Three years later he left New York, going into exile in the California mountains, where he has worked ever since, on the margins of the art world. If his first New York paintings formed a true anti-painting revolt, the artist extended the field of his practice, beginning in 1965, to a figuration relieved of any ideological position. He thus anticipated painting's many revivals in the decades that followed. Oscillating between figurative phases, the production of artist's books and manifesto paintings, and the invention of glossolalias and neologisms, he undertakes a tongue-in-cheek job and makes puns that mock artistic genius and high art. His unique approach resonates with the avant-garde movements—poetic and artistic—of the 1950s–1960s, and with the most current artistic practices. 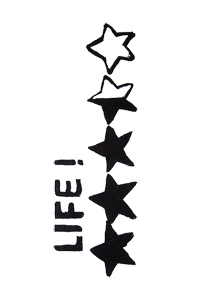 untitled
2019
English edition
Mousse - Mousse Publishing (books)
First monograph dedicated to the American artist, offering an in-depth investigation of his work. The book assembles more than 65 artworks and three essays, by Kenneth Goldsmith, Jo Melvin and Balthazar Lovay, as well as an interview with Gene Beery by Gregor Quack.