The work of Séverin Guelpa (born 1974, lives and works in Geneva.) is an attempt to highlight social and economic issues linked to land and its resources. His installations, sculptures and videos often reveal a fraught relationship with the land and associated issues of access and land rights, especially for local populations. Behind these questions is always that of democracy and the exploitation of common assets. Séverin Guelpa is currently particularly involved in his work with looking at the desire to reallocate spaces and at the possibilities offered by the associated forms of collective organization. 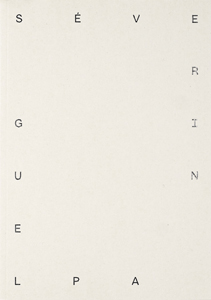