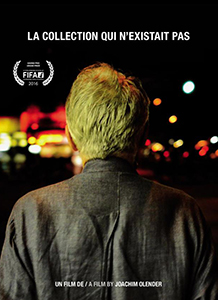 The collection that didn't exist (2 DVD)
2017
film in French version with English subtitles
a.p.r.e.s editions - Documents & Video Works (DVD)
Documentary dedicated to Herman Daled (1930-2020), one of the major collectors of Conceptual art: on a journey from Brussels to New York, the Belgian collector looks back on his past and that of an aesthetic movement that marked the second half of the twentieth century. Grand Prize at the International Festival of Films on Art in Montreal in 2016.