A German sociologist, philosopher, journalist and film and photograph theorist, Siegfried Kracauer (1889-1966) was a leading figure on the Weimar arts scene and one of the foremost representatives of the Frankfurt School of critical theory. Best known for a wealth of writings on sociology and film theory, his influence is felt in the work of many of the period's preeminent thinkers, including the critic Theodor W. Adorno, who once claimed he owed more to Kracauer than any other intellectual. 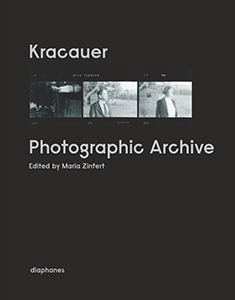 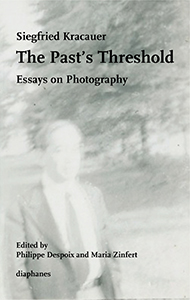 The Past's Threshold – Essays on Photography
2014
English edition
Diaphanes - Misceallenous
Siegfried Kracauer was a leading intellectual figure of the Weimar Republic and one of the foremost representatives of critical theory. This volume brings together for the first time all of Kracauer's essays on photography that he wrote between 1927 and 1933. It includes a foreword by Philippe Despoix, and a curriculum vitae illustrated with photographs from the Kracauer estate.