Self-taught artist Guillaume Bijl (born 1946, Antwerp, where he lives and works), is mostly recognized for his alternative take on conceptual art, his desire to directly engage the viewer, and his Transformation Installations started in the late 1970s. In these works he realizes meticulous imitations of everyday realities in galleries and museums, mainly focusing on trade and exchange locations—whether in commodities, information, or skills. One of his most famous pieces is his groundbreaking Lustrerie Media installation shown in Art Basel in June 1984 for which he transformed the entire booth of his gallery into a light shop. Bijl's practice is however much richer and more diverse and largely gœs beyond this landmark series. Among other shows, Guillaume Bijl has participated in the Venice Biennial in 1988 and 2009, documenta IX (Kassel) in 1992, the Lyon Biennal in 2013, the Istanbul Biennal in 2013, and Münster Skulptur Projekte in 2007. 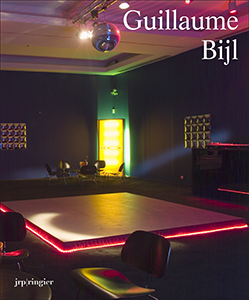