Captain Cavern (born 1956 in Paris) is a key figure in the French underground scene . His works from the early eighties stood alongside those of Richard Bruno, Pascal Doury, Placid & Muzo or Hervé di Rosa. He chose his pseudonym in 1985, as part of his participation in a wild display in the district of Opera in Paris initiated by les Frères Ripoulin. Illustrator and author of several comic books, fanzines and graphic novels, Captain Cavern draws a world one can describe as a mix between “Figuration libre” movement, Noddy in Toyland and the hallucinatory effects of LSD 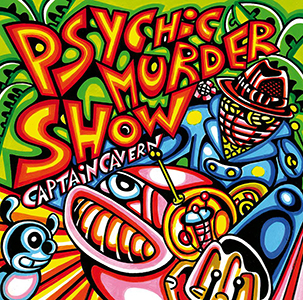