Ramin Haerizadeh, Rokni Haerizadeh and Hesam Rahmanian (born in Iran respectively in 1975, 1978 and 1980, live and work in Dubai) work both individually and in collaboration, but do not form a collective. Their art translates into multiple forms—films, installations, artworks and exhibitions—and often evolves around friends, other artists or people they meet by chance. This includes Iranian artist Niyaz Azadikhah and her sister, a DJ, Nesa Azadikhah, Iranian sculptor Bita Fayyazi, polyglot writer Nazli Ghassemi, American artist Lonnie Holley, gallery manager Minnie McIntyre, Iranian graphic designer and artist Iman Raad, Maaziar Sadr, who works for a telecommunications company in the Emirates, Tamil friends Edward St and Indrani Sirisena. Sometimes these people occupy central roles, sometimes they are marginal, but in either case they bring with them a reality that interrupts the trio's universe and language, and channels their—and our—attention in unexpected territories.
Another important strategy in their practice is the inclusion of various artistic worlds that are as respectfully acknowledged as they are shamelessly appropriated and adapted. This ranges from artworks and objects held in their own private collection to b roader aspects of Iranian culture. Confronted with their projects, their thinking and art-making, one can learn a great deal about how Iranian artists have absorbed modernity—how, for instance, filmmakers, cartoonists and artists such as Ardeshir Mohasses, Ali Hatami, Mahmoud Khan Saba, Kamran Shirdel, or Noureddin Zarrinkelk combined Persian culture with Western influences and vernacular traditions. One realises that there is another chapter of (dissident) modernity yet to be written. 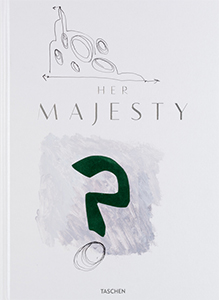 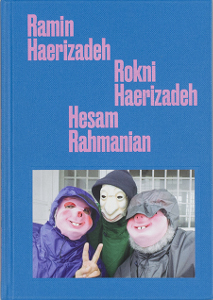