Born 1983 in Mexico City, Rodrigo Hernández lives and works between Maastricht and Mexico City. His production is based on drawings, objects and sculptures that are later integrated into installations. The beginning of every project is a rather simple image or idea—for example, the moment when a man finds his reflection on a glass door. From there he develops a research that normally brings him back to three recurrent subjects, here broadly named: surrealism, visual perception and literature. These installations are an attempt to create a space for concentration, or as visual puzzles that trace paths for possible personal narratives. 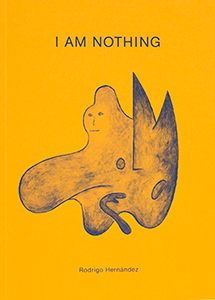 I Am Nothing
2017
English edition
Bom Dia Boa Tarde Boa Noite
Rodrigo Hernández's first larger publication depicts several paths around his sculpture Figure 1. Seven artists, curators, and writers, invited to collaborate on this publication, reflect on his artistic practice and on this particular work and conform the spine of this book. Accompanied by both recent and earlier works, these new texts offer the reader to look from different angles at his poetic oeuvre. 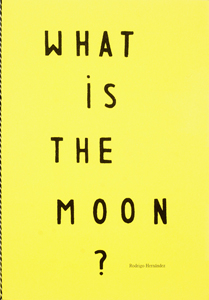