Drawing inspiration from the seemingly banal objects of daily life, the sculptural installations of Richard Hughes (born 1974 in Birmingham, lives and works in London) reflect upon instances of the everyday with formal clarity and wit. Often refashioning his subjects using materials such as fiberglass, cast resin, silicone, and polyurethane, Hughes engages us in a process of illusion and artifice, a strategy that continually plays upon our sense of order, knowledge, and perception.
Hughes has exhibited at Tate Britain and the Institute of Contemporary Arts, both London; the Carnegie Museum of Art, Pittsburgh; the Palazzo Grassi, Venice; and the Museum Abteiberg, Mönchengladbach. 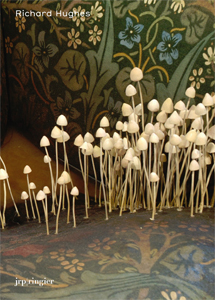