Jean Le Gac (born 1936 in Alès) is one of the representatives of the New Figuration. He declared in the late sixties to abandon any classical picturing ambitions. He ranks himself as an artistic reporter tracking the painter's activities, his double that he constructed in a constant game between reality and imagination. His paintings are composed of "papers" (photos, sketches ...) and objects (cameras, typewriters ...). 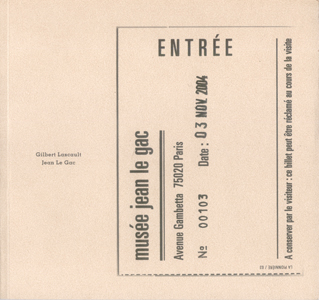 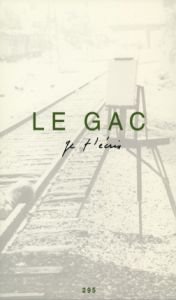 Je t'écris – Limited edition
1998
French edition
Jannink - L'art en écrit
Jean Le Gac delivers his personal mailing. The original work included in the book is a letter from the artist, accompanied by a photo addressed personally to the reader.