Aristide Antonas (*1963) is a Greek architect and writer with a PhD in philosophy (Nanterre, Paris X). In 1986 he started publishing his literary texts in the Greek magazine "Black Museum" using different pseudonyms. He has published the prose writings "The Episcope," "The Three-Headed," "The Four Gardens," and "The Two Halves" (all published by "Moments," 2001), as well as the novels "The Handler," "Numbers," and "The Singer and the Couch." He has been publishing his prose and architectural designs online since 2006. 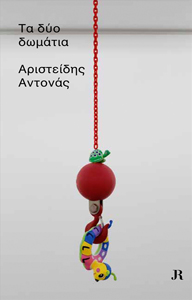