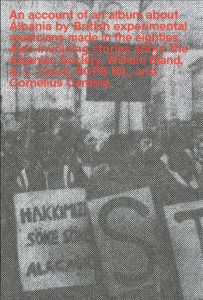 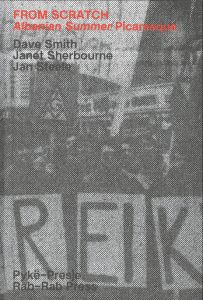 order
wishlist
An account of an album about Albania by British experimental musicians made in the eighties. Also involving stories about the Albanian Society, William Bland, A. L. lloyd, RCPB ML, and Cornelius Cardew.
From Scratch is a story of Albanian Summer: An Entertainment, an LP album released by Practical Music in London in 1984. The album was composed by Dave Smith—English experimental composer and musician, figure of the British minimalist scene, explorer of Javanese and Albanian musical traditions with the English Gamelan Orchestra and Liria which he co-founded, and a member of The Scratch Orchestra (with Brian Eno, Cornelius Cardew, John Tilbury, Keith Rowe, Michael Nyman, Michael Parsons, etc.)—, and performed by Janet Sherbourne and Jan Steele, improvised and classical musicians.
Through interviews, archival materials, and hard-to-find essays the publication contextualizes the background of British experimental musicians' interest in socialist Albania. It includes new interviews with Dave Smith and Jan Steele, three essays by Smith on Albanian music and culture, an essay by Gavin Bryars on Smith's music, discussions on the influence of A.L. Lloyd and Cornelius Cardew, and the role of the Albanian Society in the UK. The book introduces new insight into the leftist internationalist background of British experimental music influenced by the work of Cardew.
Apart from the musical internationalism, the book also includes a section of nine abstract slogans depicting the political and artistic contradictions of socialist Albania; annotated bibliography of books published in different languages on Albania; the collection of images taken from the biweekly Zëri i Rinisë (The Voice of Youth) published in 1984 and 1985.
Book commissioned by Manifesta 14 Prishtina.
order wishlist
Texts by Dave Smith, Jan Steele, Gavin Bryars... 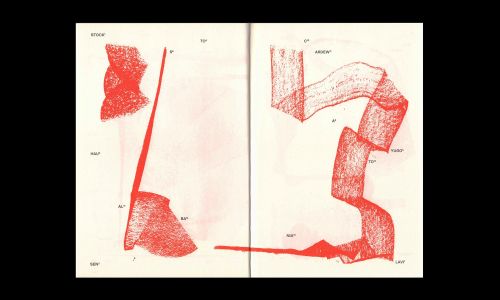 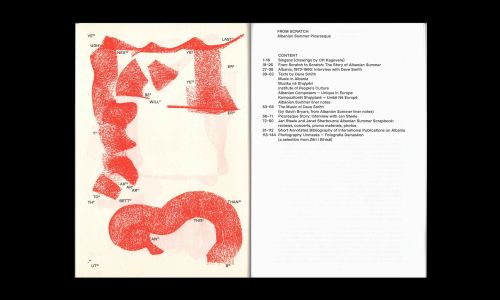 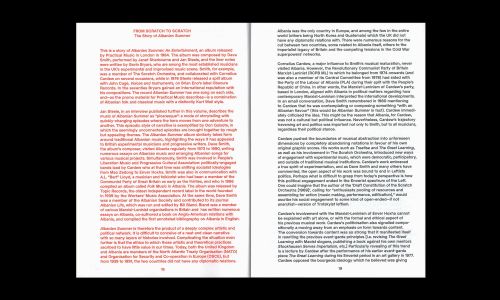