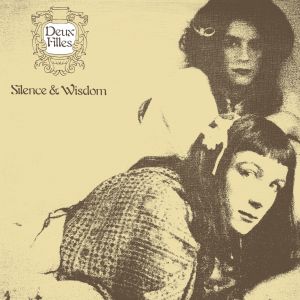 order
wishlist
The 1982 debut album of the fictional and conceptual girl band comprising Colin Lloyd-Tucker and Simon Fisher Turner is a series of musical vignettes, blending processed guitars, sheets of synthesizers, echoey pianos, and washed-out vocal snippets to surprisingly varied effect, like the score of an unrealized arthouse film.
Deux Filles was not, in fact, two girls despite what the group name and its elaborate hoax of a backstory suggest. No, they were not Gemini Forque and Claudine Coule, French women who met as teenagers under tragic circumstances and became fast friends, recording two albums together before disappearing into the ether. In reality, Deux Filles was Simon Fisher Turner and Colin Lloyd Tucker, a UK duo who first worked together in an early incarnation of The The.
Straddling the line between experimental and pop, Turner was an actor and teen singing star who later composed soundtracks for the iconic queer filmmaker Derek Jarman while Tucker's career began as an engineer for the famed UK library music studio, De Wolfe, before forming experimental wave group The Gadgets. In Deux Filles, the duo found an outlet for their least commercial tendencies, combining lo-fi proto-dream-pop instrumentals with samples, tape experiments, ambient textures, and drum machines. Even in the vibrant, seemingly endless well of UK DIY, Deux Filles stand out.
After a 33-year hiatus, the duo reformed in 2016 for a series of new albums and concerts.