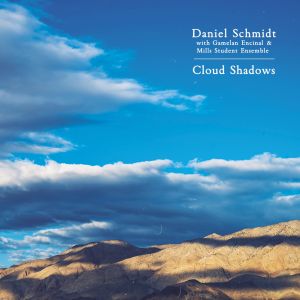 order
wishlist
New release of the third album of American Gamelan composer Daniel Schmidt.
The pieces are quite varied and more current than the work represented on his first two albums In My Arms, Many Flowers and Abies Firma, mostly came about each in their own way. For example, the cloud shadows on the mountains of central Nevada, unimaginably old, invited Daniel Schmidt into their realm, resulting in the opening composition Cloud Shadows. The composition SEOR developed from the daily repetitions of radiation and relief from his cancer treatments. Also, the death of a close friend plunged the composer into deep emotions but ultimately nudged him over a compositional hump, leading to the creation of the Sandy Suite. A River in Delta, dedicated to Lou Harrison and John Cage, utilizes chance operations and a poem written by Cage for Harrison's 60th birthday.
Under the direction of Schmidt, these ten pieces were performed and recorded by Gamelan Encinal and students at Mills College between 2017 and 2019. They unveil a compositional evolution, most noticeably the weaving of voice and poetry with gamelan. The lyrics were written by poet Deborah Bachels Schmidt (Daniel's wife), often sung in the style of 19th century lieder. Recital presents Cloud Shadows as a celebration of Daniel Schmidt's 80th birthday, a rich album that continues the exploration of "American" gamelan music via one of its creators.
Daniel W. Schmidt (born 1942), who emerged in the Bay Area music scene in the 1970s, wove the threads of traditional Eastern Gamelan music together with American Minimalism (repetitive music). Schmidt was a prime figure in the development of American Gamelan music—studying and collaborating with Lou Harrison, Jody Diamond, and Paul Dresher. He currently is a teacher at Mills College, teaching instrument building.
order wishlist
published in July 2022
22.00 €
in stock 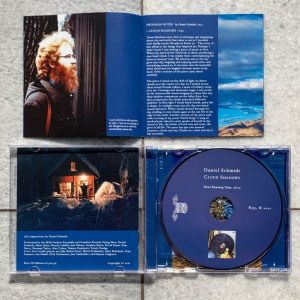