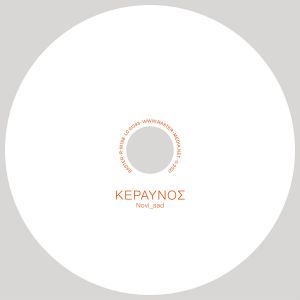 order
wishlist
A series of compositions using environmental sounds and field recordings from the five continents.
In ancient Greek mythology, Zeus was the king of the Olympian gods and the supreme deity. He was the god of the sky, lightning, thunder (KEPAYNO∑), law, order, and justice. The Cyclopes were three, orb-eyed, immortal giants who forged the thunderbolts of Zeus. The lawless Titans, encouraged by Gaia, tried to wrestle control of the world from the Olympian gods in a ten-year battle known as the Titanomachy. The Titans were the brothers and sisters of Cronus and it was only through the help of the Cyclopes (who made Zeus his thunderbolts) and the hundred-handed giants or Hecatoncheires (Briareos, Cottus and Gyges) that Zeus was finally able to imprison the Titans in Tartarus, the deepest part of the underworld. Making himself ruler of the skies, Zeus then gave dominion over the seas to Poseidon and of the underworld to Hades. KEPAYNO∑ was one of the most powerful symbols in ancient Greece—if not the most powerful. As contemporary science proved, the thunders that dominated the earth before the creation of life gave birth to the primordial substances by enhancing the production of nitrogen and thus amino acids which are essential for the production of proteins and life. In numerous civilisations they believed that the overlord of thunder was a deity. In Celtic mythology, Taranis was the god of thunder. In Slavic mythology it was Perun and in Scandinavian it was Thor. In India, the god of thunder was Indra and in Finland it was Ukko. In China, Lei Gong was worshipped as the deity of thunders and in Rome the people who died because of thunder were considered as blessed. Inkas believed that thunder was the son of the sun and the moon and in Christianity thunder is the voice of god.

The music of KEPAYNO∑ was composed by using environmental sounds and field recordings from the five continents: Oceania (Tarkine Rainforest) Asia Okinawa), Europe (Ancient Olympia and Iceland), Africa (Uganda, Botswana and Namibia), Amercia (Amazon Rainforest and Niagara Falls).
KEPAYNO∑ is released on occasion of Raster's 25th anniversary.
Athens-based artist Thanasis Kaproulias (born 1980, lives and works in Athens, Greece), working under the moniker Novi_sad is as much engaged by nature and the rudimentary sounds that are borne of remote environments as he is by the act of representing them. With an accomplished technical ability, as well as a sensitivity for the nuances of his considered locations, Novi_sad carefully recontextualises the scenery. The artist engages with the landscape by producing field recordings whose intensity is revived in spaces as sound pieces performed in-situ. Novi_sad treats every sound with integrity with a resulting resonance that invites and immerses the listener. Using an innovative approach inspired by the idea of “cinema pour l'oreille” (cinema for the ear), Novi_sad aspires to “donner à voir” (lead to seeing), by means of sound. Many of the artist's projects are focused on architectural acoustics. His process brings unique field recordings into contact with various methods of audio analysis, as well as utilising quantitative and numerical data from different sources such as NASA. Novi_sad's projects have been presented internationally including at the Venice Biennale Film Festival, Venice; MUTEK Festival, Montreal and Mexico City; Muziekgebouw aan 't IJ, Amsterdam; Le Fresnoy - Studio National D'Arts Contemporains, Lille; Roy O. Disney Concert Hall, CalArts, Los Angeles; Itaú Cultural, São Paulo; Megaron/The Athens Concert Hall, Athens; VPRO National Radio, Amsterdam; Cabaret Voltaire, Zurich; National Academy of Music, Aarhus; Einstein Kulturzentrum, Munich; and MAM/Museum of Modern Art, Rio de Janeiro. In his works with audiovisual projects and film, Kaproulias has collaborated with notable artists and filmmakers including Lars von Trier, Ryoichi Kurokawa, Isaac Niemand, Yorgos Zois and Karl Lemieux.
order wishlist
Published by Raster-Music.
published in December 2021
20.00 €
EAN : 4260115991983
in stock 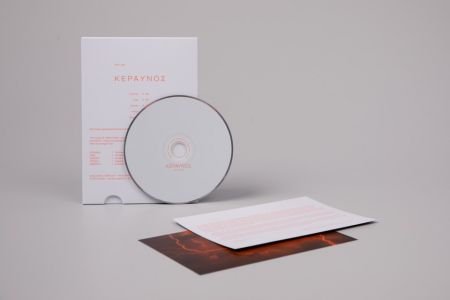