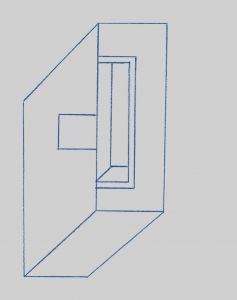 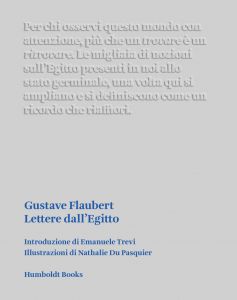 order
wishlist
The Italian edition of Flaubert's account of his trip to Egypt, illustrated by Nathalie du Pasquier.
In 1849 at the age of twenty-seven, Gustave Flaubert set off for the Orient in the company of his friend Maxime Du Camp. There was no precise itinerary; the idea was to get to know the customs and the great religions of the East. The mainstay of the journey unfolded in Egypt, where Napoleon's army had fought half a century before. The writer thus transcribed impressions from his journey in a notebook, while Du Camp concentrated on photography. Yet the finest material emerges from his correspondence: the letters to his mother and to his friend Louis Bouilhet are full of life, anecdotes, tales, descriptions and reflections. There is no experience the writer shies away from, and thus Egypt comes to life in all its immediacy, the exotic dimension blending with the everyday.
This edition, the most complete to appear in Italy to date, provides the reader with a book on a par with the masterpieces of the French writer.
Gustave Flaubert (Rouen, 1821 – Croisset, 1880) stands among the very greatest of French writers. We might say he lived his entire life in Croisset, near Rouen, faithfully following the discipline of a wholly inner life, in a passionate quest for elevation and artistic creation. His outer life was somewhat lacking in events: a trip to Brittany (1847); a long journey to the Orient (1849–1851); a number of winter stays in Paris (from 1857); the love of a muse, Louise Colet (1846–1855); the death of his mother; the financial collapse of his niece, and the ensuing economic hardship. His biography is basically the story of his masterpieces. On returning from his Oriental travels in the company of Maxime Du Camp, he wrote Madame Bovary (1857), the novel that would make him famous and lead him to be tried for immorality: a trial which would come to an end with his absolution. In 1867, he returned once more to his youthful project of Sentimental Education (1869), a work that would mark the full maturity of his genius.
A famous designer and co-founder of the Memphis group in Milan in 1981, Nathalie Du Pasquier (born 1957 in Bordeaux, France, lives in Milan, Italy) accompanied the (post)modern adventure around designer Ettore Sottsass, with the creation of objects, fabrics, carpets, and furniture. In 1986, she started devoting herself exclusively to two- and three-dimensional painting. Memphis's radicalism and formal inventiveness measured solely in terms of a scathing and iconoclastic postmodernism erased a little too quickly the adventure's modern foundations. Nathalie Du Pasquier's paintings are a perfect revelation of these connections: axonometric compositions applied to painting, the palette of muffled colors, objects, when they are present in the compositions, wink at the purism of a Corbusier or an Ozenfant. Mixed with memories and assimilations arising from the most tridimensional Suprematism–the architectones–some paintings and constructions also give prominence to this history of art and the applied arts.
order wishlist
Texts by Gustave Flaubert and Emanuele Trevi.
Illustrations by Nathalie du Pasquier. 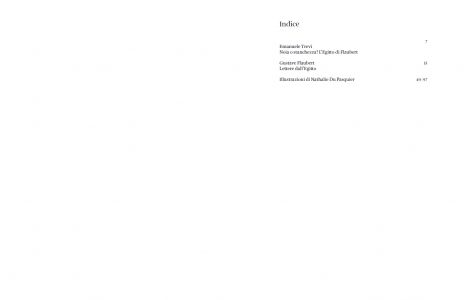 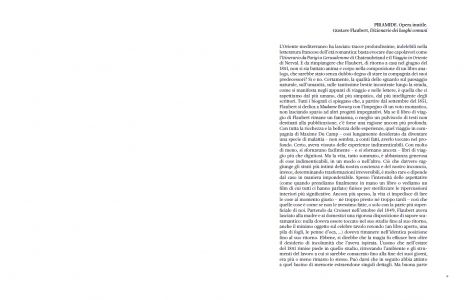 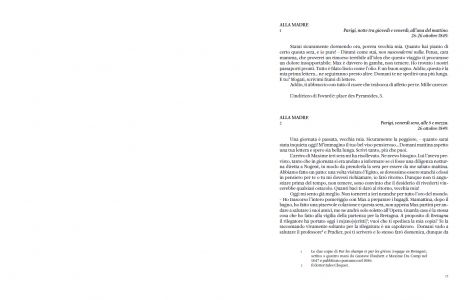 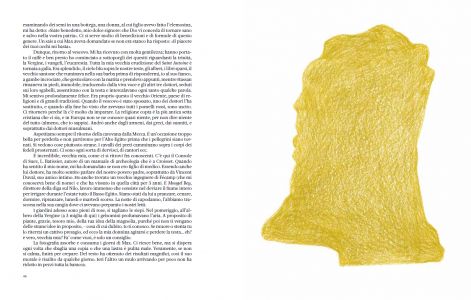 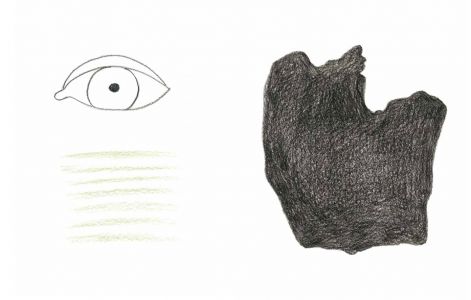 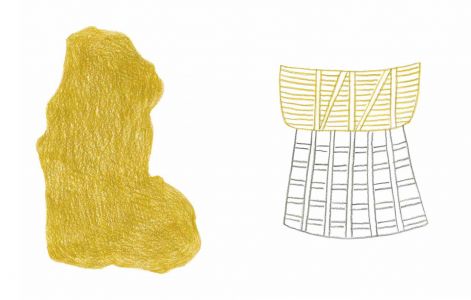 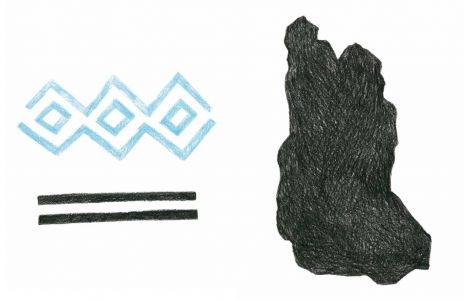 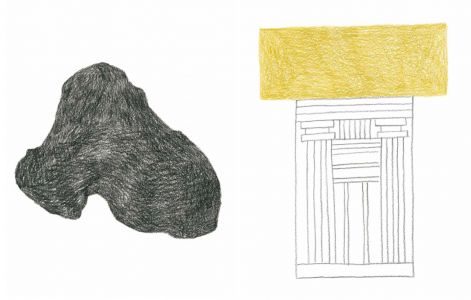 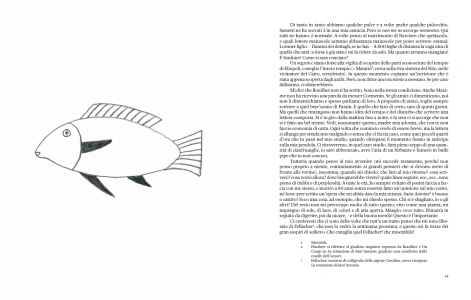 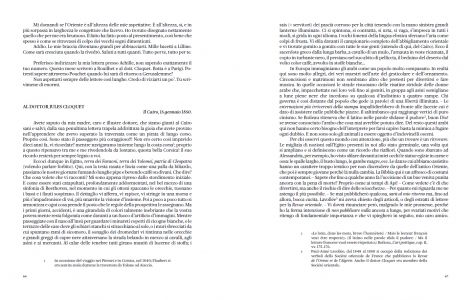 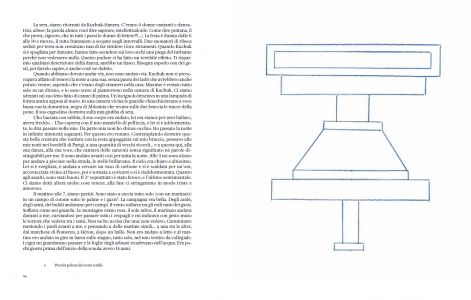 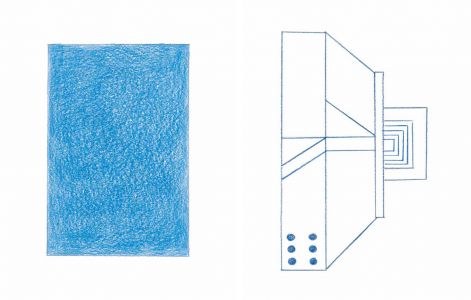 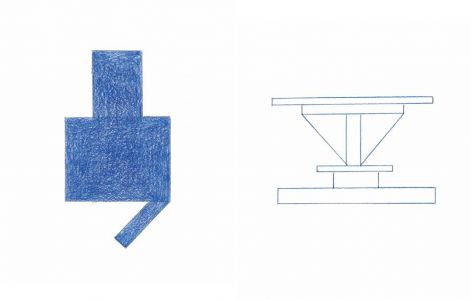 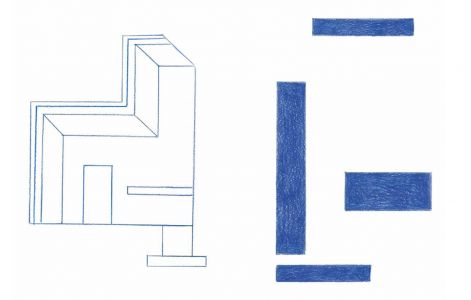 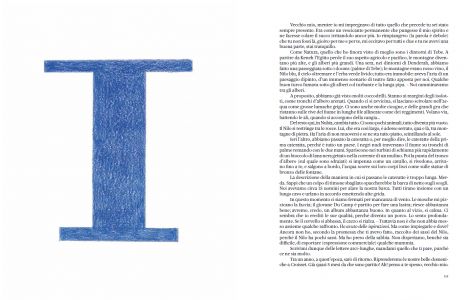